His opening number, entitled “Moving Pictures,” paid tribute to the history of movies eloquently. Harris was superimposed onto clips from Star Wars and other classics as he defended the idea of the classic Hollywood film. Anna Kendrick, of Into the Woods, joined Harris to defend Hollywood’s output; Jack Black, of Tropic Thunder, criticized the recent franchise-and-sequel culture, a critique echoed by Best Picture frontrunner Birdman.

The song was written by Bobby Lopez and Kristen Anderson-Lopez, who won the Best Original Song Oscar last year for Frozen anthem “Let It Go”; their wit combined with Harris’ brio made for a very memorable opening. 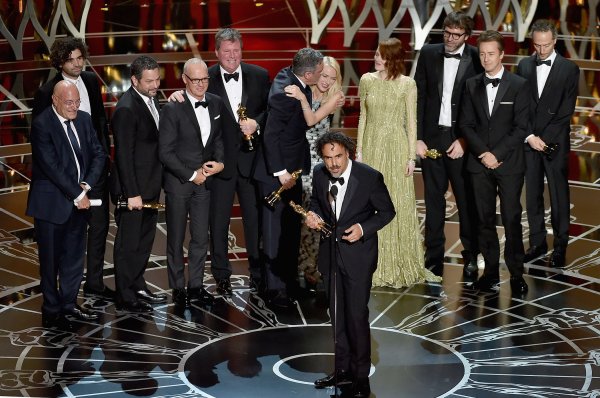 Birdman Soars at the Oscars
Next Up: Editor's Pick