After controversy over perceived snubs for its cast and director, Selma has an Oscar. Its emotional, resonant theme song “Glory” won the Best Original Song trophy for performers and songwriters Common and John Legend.

The rapper and the singer had previously performed the song during the Oscar ceremony as well as at the conclusion of this month’s Grammy Awards. The song has charted on the Hot 100, making it the third consecutive hit song to win this prize, after Adele’s title song from Skyfall and “Let It Go” from Frozen. But the relevance of “Glory” has less to do with chart performance than with its lyrical references to recent events in Ferguson, Mo.

In his acceptance speech, Common linked the civil rights movement to similar movements in France and Hong Kong. “The spirit of this bridge connects the kid from the South Side of Chicago, dreaming of a better life, to those in France standing up for their freedom of expression, to those in Hong Kong, protesting for democracy,” he said. “This bridge was built on hope, welded with compassion and elevated with love for all human beings.”

John Legend got more explicitly political in his speech. “We say that Selma is now, because the struggle for justice is right now,” he said. “We know that the Voting Rights Act that they fought for 50 years ago is being compromised right now in this country today. We know that right now, the struggle for freedom and justice is real. We live in the most incarcerated country in the world. There are more black men under correctional control today then were under slavery in 1850.”

“We are with you, we see you, we love you and march on,” he concluded. 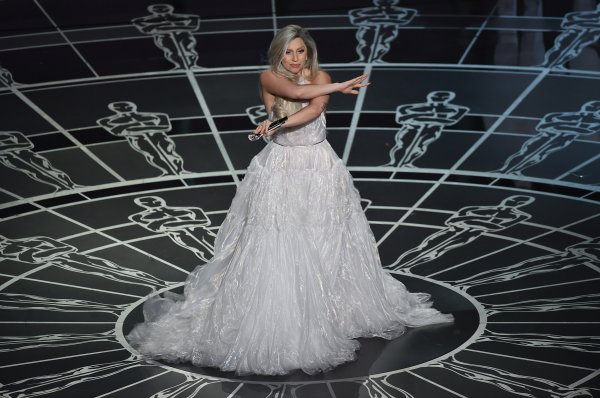 Watch Lady Gaga Perform a Medley From The Sound of Music
Next Up: Editor's Pick