Here's How Much Gas Daytona 500 Racers Will Use

The 43 cars racing at Sunday’s Daytona 500 will use an estimated 5,375 gallons of racing fuel, according to NASCAR.

But don’t start panicking about greenhouse gases yet — while that’s a startling amount of gas, it’s actually only a small chunk of the 360 million gallons-plus of gas used daily in the U.S. On top of that, NASCAR says the cars’ racing fuel, Sunoco Green E15, is specially blended to reduce the cars’ greenhouse emissions by 20%.

In any case, NASCAR says it has plans to plant enough trees near its racetracks to offset carbon emissions for the next 40 years. That’s being done in an effort to quell concerns about racing’s environmental impact.

It also isn’t clear if NASCAR will benefit from how cheap gasoline has been lately. The organization says the price of the E15 it gets from Sunoco is baked into a sponsorship deal, so the cost might have been worked out based on prices before the cost of oil took a plunge late last year. 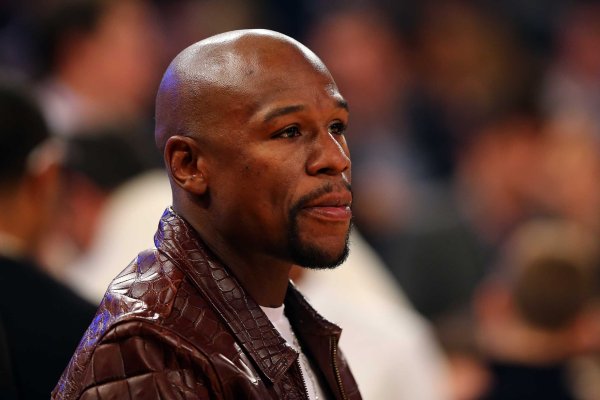 Mayweather vs. Pacquiao Fight Sells Out in 15 minutes
Next Up: Editor's Pick