After Two and a Half Men, Chuck Lorre Still Runs CBS

Last night, CBS’s sitcom Two and a Half Men hit the end of the road, wrapping up its twelfth and final season. It was the end of a sitcom that, at its peak, was world-beatingly popular, but it’s not really the end of an era. Its creator, Chuck Lorre, has seen his sensibility come to dominate CBS.

His power was proven in the 2011 standoff over Charlie Sheen’s public disparagement; Sheen, the star of the show and the seeming origin of its louche humor, was fired, and the show rolled on. Sheen was dispensable, but the show, and its creator, were absolutely not. This was really just a ratification of what already seemed apparent. By that point, Lorre’s The Big Bang Theory was a hit and Mike & Molly, which he executive-produces, had begun. Those two shows continue on CBS to this day, while a third, Mom, bears Lorre’s name as well.

But it’s not just the shows Lorre actually produces that bear his imprimatur. CBS, the most successful of the four broadcast networks, remains that way because of its rigid adherence to formula, and now, on the comedy side, that means Lorre-ness: A willingness to be gross about the body and sexually frank, “innuendos” that barely earn the name, and then a patina of sentiment to make it go down easy. Two and a Half Men was about two men (first Sheen and Jon Cryer, then Ashton Kutcher and Cryer) obsessed with sex, but raising a boy, aw. The very title of The Big Bang Theory refers to its nerds-seeking-women premise, but there are emotional bonds between the roommates grafted on top of it all.

Lorre wasn’t involved in either CBS’s The Millers or The McCarthys, but both series followed his playbook: The former was about a loving family that had a lot of gas, the latter about a loving family that couldn’t stop cracking jokes at the expense of the gay son. Neither premise made the show bad, per se, but both felt like a self-conscious attempt to merge old-school sitcom premises with post-Simpsons crassness and irony. CBS’s 2 Broke Girls, co-created by no less a TV veteran than Sex and the City‘s Michael Patrick King, discarded the subtly drawn emotional bonds of King’s HBO series in favor of a bunch of race and sex jokes with a friendship loosely scribbled on top.

With all this success, it’s little wonder the creator took a victory lap with the Two and a Half Men finale, which saw a stand-in for Sheen get crushed by a piano and Lorre himself appear to say Sheen’s catchphrase “Winning!” Lorre’s shows have perfect delivery mechanisms for a closely titrated blend of raunch and oddity with a sprinkling of cuteness on top. They’re the shows that are winning. 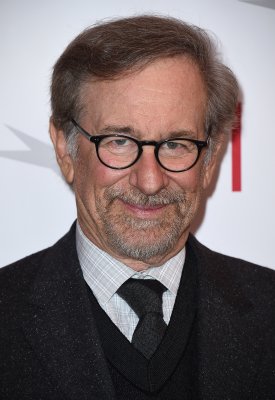