Oscar season brings to the fore all manner of experts who claim to read the minds of the voters to whom the Academy has ceded power. But what about the popular vote?

Hootsuite, the social media management system, has pulled together data based on social media mentions, relying on mentions and sentiment (positive words versus negative ones, factoring in extreme positive words like “love”) to reveal a social media profile that’s radically different from what’s been predicted. The Hootsuite predictions, tapping over 20 social media platforms including Twitter, Facebook, and LinkedIn, include:

Notably, the data Hootsuite provided does not include the titles of the movies in which the stars appeared: Eddie Redmayne, at a crushworthy 33 years of age and having recently appeared in the cult movie Jupiter Ascending, is likely to earn more “likes” than the 63-year-old Michael Keaton, of Birdman, even if those who admire his red-carpet appearances haven’t yet seen Redmayne in The Theory of Everything. And Wes Anderson, who’s made a long and productive career of being the guy cultists like, runs away with mentions on social media, as does Julianne Moore, who’s less famous than fellow nominee Reese Witherspoon but has spent more of her career playing to an indie base.

As for the bottom of the ballot, Mark Ruffalo is, give or take an Ethan Hawke, the most famous person in the Best Supporting Actor category, and certainly more famous than likely winner J. K. Simmons; there’s a lot of affection running towards him. As for Dern being more of a social-media favorite than Meryl Streep and Emma Stone, to say nothing of likely Oscar-winner Patricia Arquette? Well, the world is full of mysteries. 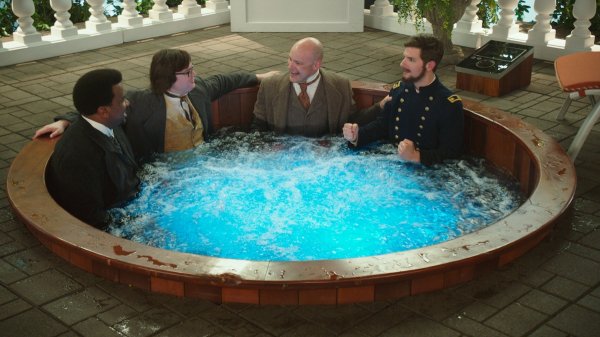