In Soviet Russia, the Oscars Host You

Stop me if you’ve heard this one.

These days, an Oscars host is likely to wish only to avoid a complete disaster — but in 1958, veteran host Bob Hope may have introduced the world to a joke that, decades later, has become part of comedy’s common heritage.

Here’s how TIME described the ceremony in the Apr. 7 issue of that year:

Comedy fans will likely recognize a very familiar construction in that first Hope joke. In Soviet Russia, the TV watches you!

These days, that construction is often known as the “Russian reversal.” Swap around the order in which things are usually done, add “in [Soviet] Russia” to the beginning, and that’s it. The joke has appeared on The Simpsons and Family Guy, and the Internet is flush with “t-shirt wears you” gear.

Most sources — from the spot-on Language Log blog at UPenn to the equally trustworthy (when it comes to viral jokes) Know Your Meme — trace the joke’s popularity to Yakov Smirnoff, a Russian-born comedian who came to the U.S. in the 1970s. And it’s not hard to see why he would get the credit:

Dig a little deeper, and some sources note that a similar joke (substituting “the Old Country” for “Russia”) appeared on Rowan & Martin’s Laugh-In, which started airing in 1968 — which is, of course, a full decade after Bob Hope used the joke at the 1958 Oscars.

There’s some evidence that Hope’s joke was new at that time: LIFE magazine had a photographer on scene during rehearsals for the telecast, and — though the magazine ended up printing something different — the caption with one of the photos (seen here) indicates that Hope and friends were laughing at one of his “recently acquired Russian jokes.”

But, while Bob Hope may have introduced a national television audience to the Russian reversal, the real moral of the story is not that he was first — just that it’s hard to say who came up with something so common. After all, buried in the meme’s page on TVTropes.org there’s an example from a play written a full two decades earlier, before Bob Hope hosted the Oscars, before the Oscars were on TV, before the Cold War even started. In 1938’s Cole Porter musical Leave It to Me!, a man tries to tip a messenger. “No tipping,” he’s told. “In Soviet Russia, messenger tips you.”

Read the full write-up of the 1958 ceremony, here in the TIME Vault: The Oscars 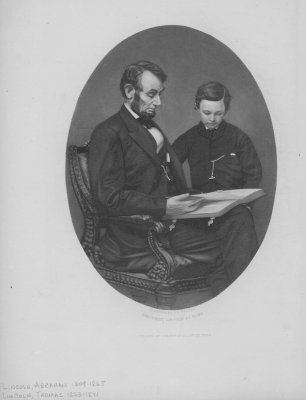 The Secret of Abraham Lincoln’s Success as a Writer?
Next Up: Editor's Pick