5 Types of Friends That Everyone Has

Recently a close pal and I were both coping with very ill parents. There’s nothing funny about disease and dying, but for a whole year we compared notes in a humorous way. We each used hyperbole to describe our plights and made dark jokes about whose family situation was more depressing. We made fun to relieve our sadness (albeit temporarily), and that ability to make each other laugh helped us both get through the tragedy. Another good thing about a friend with a great sense of humor? She usually has warmth and compassion to spare.

Lucinda Rosenfeld is the author of four novels, including The Pretty One ($26, amazon.com) and I’m So Happy for You ($14, amazon.com). A former friendship and advice columnist for Slate, she lives in New York City.

Because of our busy lives, I hardly ever speak to one of my closest friends. But it doesn’t really matter. When we do connect, without fail, she reinvigorates me. Her pep talks make me feel more hopeful about myself and my future. What’s more, my energizer friend is strong and tough, with a vigor for life I can feed off of. Through her example, she makes me more eager to achieve my goals or just keep tackling my everyday. Talking with her recharges my emotional battery until the next time we have a minute to pick up the phone.

Courtney Macavinta is the author of Respect ($16, amazon.com) and a cofounder of the Respect Institute, a nonprofit that offers youths the tools to build self-respect. She lives in New York City.

We all need an adventurous friend who nudges us out of the status quo—someone who introduces us to new ideas, philosophies, and activities that we might have otherwise not been exposed to or feared to explore on our own. I’ve long been inspired by a world-traveler friend whose preschooler’s passport has more stamps than most adults.’ She has helped me become less intimidated and more excited about traveling. In fact, thanks to her, my husband and I drove an RV across Canada two summers ago with our three children, who were all four or under. Scary? Yes. But we had so much fun, we’re going again this year.

Andrea Bonior, Ph.D., is a licensed clinical psychologist and the author of The Friendship Fix ($16,amazon.com). She lives in Bethesda, Maryland.

One characteristic we underrate in a friend is the ability to be brutally honest. That’s why I’ve always admired the friendship of the women’s rights leaders Elizabeth Cady Stanton and Susan B. Anthony. They led very different lives. Anthony was single; Stanton, a married mother of seven. And they continually and vociferously argued about temperance, abolition, sexual rights, and suffrage. But because they were able to challenge and educate each other, they accomplished much for females in the United States. It’s also why they remained close, trusted friends for more than half a century.

Mary Ann Dzuback, Ph.D., is the director of women, gender, and sexuality studies at Washington University, in St. Louis.

Every woman needs a “hot mess” friend—by which I mean a friend you can be a complete wreck in front of. This pal can drop in unannounced when you’re looking your worst. You haven’t showered and the house is a total disaster, but she won’t judge you. More important, she’ll let you be emotional when you’re at a low point. Recently I was at dinner with a friend when I got the call that I hadn’t landed a big acting job. I tried to pretend that it was no big deal, but she didn’t buy it. She said, “I’d rather you talk about being bummed than wear a fake smile all night.” And so I vented my frustration at not getting the job, and she really listened. We all need a friend who hangs in there even when we’re not at our best.

Ariane Price is a member of The Groundlings, a famed improv troupe in Los Angeles. She blogs about her life at Tales of a Real Hollywood Mom. 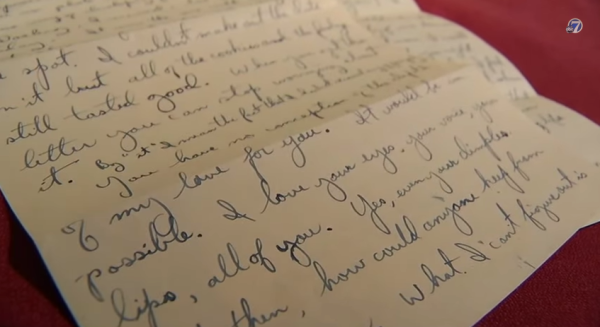 World War II Veteran Reunited With Love Letter He Wrote 70 Years Ago
Next Up: Editor's Pick