Blur Is Releasing Their First New Album in 12 Years

Blur surprised fans this morning by announcing that they will be releasing their first new album in 12 years.

The Brit-pop band, best known for songs like “Blue Jeans” and “The Universal,” came out of presumed retirement today when they made the announcement at a press conference that their eighth album, The Magic Whip, is due April 27. It is available for pre-order on iTunes and Amazon now.

Blur rose to fame in the early ’90s alongside other swoon-worthy bands like Oasis and Pulp who were part of the wave of British alt-pop bands sailing onto U.S. airwaves. Unlike Oasis, though, Blur hadn’t officially broken up nor had they released any new music in years; instead, they toured the festival circuit playing their greatest hits. But today, in a press conference hosted by famed BBC presenter Zane Lowe, live-streamed on Facebook, the band’s singer Damon Albarn admitted that the band needed to return to the studio: “I really felt at the end of the last gigs that that was it. There was no way we could do another gig without another album.”

Albarn described their new album’s sound as “urban” and said it drew on the work created by David Bowie in Berlin in the mid-70s. The first track from The Magic Whip is a dark synth-heavy track called “Go Out,” which bodes well for the band’s evolution.

The band also tweeted out the first look at the album’s cover art: 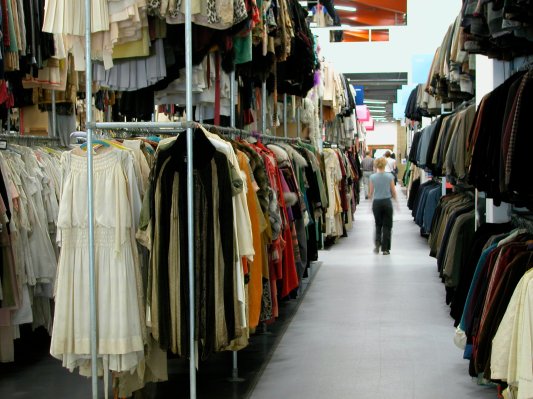 Go Inside the London Costume Shop Oscar-Winning Designers Rely On
Next Up: Editor's Pick