Why Smoking Pot Brings On the 'Munchies'

Wherever marijuana is smoked, the consumption of snacks usually follows — and a new study suggests that’s because pot causes changes in brain circuitry that make you hungry.

Pot heads and scientists alike have long known that marijuana can make a person crave food, a phenomena known colloquially as the munchies. But the evidence is still cloudy when it comes to why this happens. So a team of Yale researchers set off to figure it out.

In a new study published in the journal Nature, the researchers discovered that cannabinoids from marijuana actually interfere with signaling in the brain that causes the body to feel hungry when it should be feeling full. To do so, they looked at the brains of high mice.

The researchers observed that the neurons in the mice brains that make them feel sated, called POMCs, were activated in those who were given a chemical to mimic marijuana in the brain. At first, it didn’t make any sense. If the neuron in the brain that inhibits hunger is activated, then shouldn’t the mice be much less hungry? Not hungrier?

“It’s like pressing a car’s brakes and accelerating instead,” said study author Tamas Horvath in a statement. “We were surprised to find that the neurons we thought were responsible for shutting down eating, were suddenly being activated and promoting hunger, even when you are full. It fools the brain’s central feeding system.”

The new findings join the many working theories looking at why marijuana causes hunger. A study from last February, for example, suggests that the THC in marijuana activates smell receptors which causes hunger. The new results are still preliminary and require further research. For now, the jury is still out.

Read next: This Event Will Teach Businesspeople How to Buy Pot 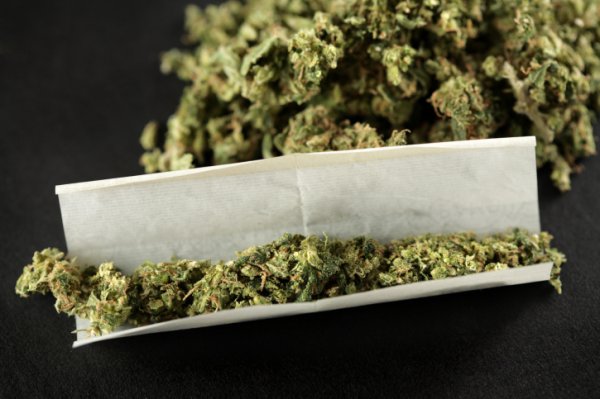 A Quarter of New Psychotic Disorders Linked to 'Skunk' Cannabis, Study Says
Next Up: Editor's Pick