What Kanye West Can Learn From the Olsen Twins

Kim Kardashian and Kanye West attend the Robert Geller show during Mercedes-Benz Fashion Week Fall 2015 at Pier 59 on Feb. 14, 2015 in New York City.
Vivien Killilea—Getty Images
Ideas
By Brian Moylan
Brian Moylan is a writer and pop culture junkie who lives in New York. His work has appeared in Gawker, VICE, New York magazine, and a few other safe-for-work publications.

Kanye West wants very, very badly to be accepted by the fashion establishment. Remember his 2013 rant about how he invented the leather jogging pant but didn’t get the credit? As usual this New York Fashion Week, Kanye is ubiquitous, including a show for his Kanye Wext X Adidas Originals collection. Sorry, Kanye, but there’s only one way you’re going to do fashion justice, and that’s to quit music.

The collection, West’s first since a mocked 2011 debut in Paris, looked a lot like a bunch of torn up sweatshirts and other items of clothing you might find on a trendier hobo. Many noted that the work was derivative of others, but many also noted that this was his best effort to date and the one that looked the most like a collection. “He is an amazing performer, but his merits as a designer are still in doubt,” Cathy Horyn writes in The Cut. “Kanye’s clothes…just fine if you want to look like you’ve forgotten to get dressed,” says the always colorful Daily Mail.

Yes, Kanye has made great strides, but if he ever want to be taken seriously by the fashion establishment, if he really wants to run his own fashion house, then he needs to quit music and focus on his design work. Otherwise he’ll be like James Franco, doing a million different projects and not doing any of them well.

There are plenty of musicians who have tried their hands at fashion (including Jessica Simpson, whose line of basics brings in literally billions, with a B), but as far as celebrity fashion designers go, Kanye couldn’t have a role model better than the Olsen Twins.

Mary-Kate and Ashley’s line The Row is a super-high-end luxury brand that makes $39,000 backpacks and is a favorite of fashion editors around the world. This did not happen by accident. The pair decided that they were done with acting and, in 2006, launched their brand. Since then, they have attended to that and a handful of other fashion lines including Elizabeth & James. They don’t make movies, they don’t sing songs, they just design. While we see Kanye trying to rush the stage at just about every awards show, we only see the Olsen twins on stage at the award show for the Council of Fashion Designers of America. And when they’re up there, they’re winning for best accessories designer of the year.

By keeping a low profile and showing the fashion world that it has their undivided attention the Olsens have not only honed their skills, but they’ve also paid their dues, something Kanye doesn’t want to do. And he knows it! “As I work on clothing more, I’m not rapping as much. . . I’m not rapping as much, I’m not having as much finances,” Kayne said in that 2013 interview. “I’m losing relevancy. The relevancy is part of my power that allows my brand to be big.”

It’s that relevancy, not his fashion prowess, that gets Anna Wintour seated in the front row of his show next to his crying baby. Kanye does have a lot of powerful fashion friends in his corner, like Givenchy’s Riccardo Tisci, but is that because he’s such an interesting person who can bring the spotlight that follows him to their brands, or because he really is a talented designer?

The one thing that is certain is that those who opt for fashion as a second career need to work hard and show that they’re serious. The Olsens have done it, as did Victoria Beckham, the artist formerly known as Posh Spice. Gwen Stefani tried her hand at it for some time while on hiatus from No Doubt, but decided, in the end, that she wanted to go back to music.

Kanye clearly has a choice in front of him: quit music and dedicate all of his time and talent to the fashion world, with its year-round schedule of shows, orders to ship to retailers, and other sundry details. Or he needs to quit fashion and get back to the mic. For my money, I’d rather have him rapping than sewing. He can still influence the fashion world through his style and his other public output (tour costumes, video shoots, what he wears when he tells everyone Beyoncé deserves more awards). But the choice is his to make. Sadly, he can’t have his cake and force someone to wear it too. 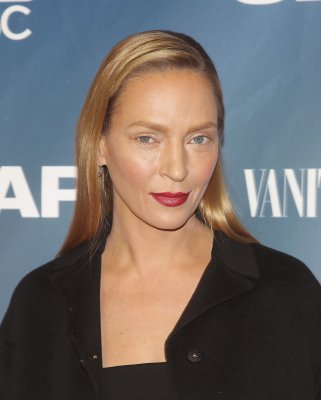