Afghan officials and mourners perform funeral prayers over the coffin of Angiza Shinwari, a provincial member, in Jalalabad on Feb. 16, 2015.
Noorullah Shirzada—AFP/Getty Images
By Sam Frizell

More civilians died in Afghanistan in 2014 than in any year since the year the United Nations began keeping records in 2009, signaling a new level of violence and ground engagements between Taliban insurgents and the embattled Kabul-based government.

The U.N. said Wednesday that it documented 10,548 civilian casualties in 2014, including almost 3,700 deaths, a 25% rise in fatalities over the year before. It was the first year casualties surpassed 10,000 since record-keeping began in 2009.

The bloodshed has been caused primarily by the change in ground warfare, with fewer American-led coalition troops fighting and less air support available to keep the Taliban from massing in large groups. Afghan troops are facing the insurgents in a head-on fight, increasing casualties on the ground.

“In communities across Afghanistan, increased ground fighting among parties to the conflict and more IED attacks exacted a heavy toll on Afghan civilians,” said the U.N. Secretary-General’s Special Representative for Afghanistan, Nicholas Haysom. “Rising civilian deaths and injuries in 2014 attests to a failure to fulfill commitments to protect Afghan civilians from harm.” 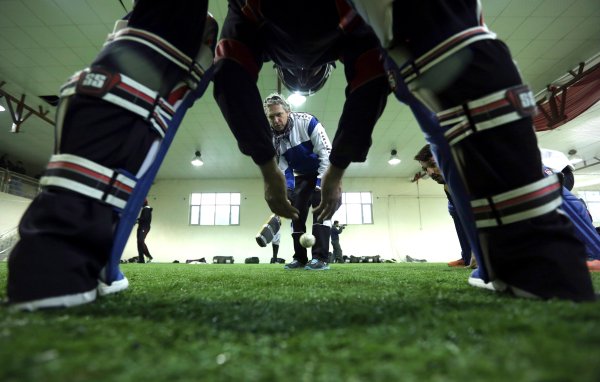 The New Great Game
Next Up: Editor's Pick