Nepal is Changing the Everest Climbing Route Because of Avalanche Fears

Increased fears of avalanches on Everest have prompted officials in Nepal to change the route mountaineers use to scale the world’s tallest mountain.

Starting from next month, the BBC reports, climbers will no longer be allowed on the daunting Khumbu Icefall – a treacherous stretch just above Base Camp, full of crevasses and ice towers, that was the site of the mountain’s deadliest disaster, when an avalanche last year killed 16.

Mountaineers will now climb a more central route after leaving Base Camp. It will bypass the Icefall but will be longer and more difficult.

“We think the risk of avalanche in the left part of the Khumbu Icefall is growing and we are moving the route to the center, where there is almost no such danger,” said Ang Dorji Sherpa, chairman of the Sagarmatha Pollution Control Committee — a group originally set up to control waste management at Base Camp but which has since taken on a much wider role.

Last year’s fatal avalanche sparked a boycott by Sherpa climbers demanding better wages and working conditions. It has not been uncommon for a porter to climb through the Khumbu Icefall 30 to 40 times a season. 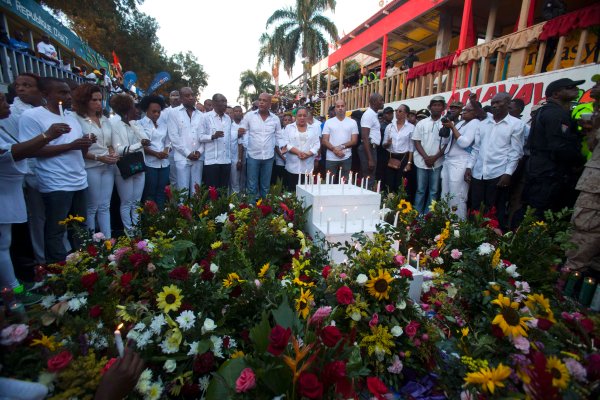 Haiti Declares Mourning After Stampede Tragedy
Next Up: Editor's Pick