A new Google Doodle is celebrating what would have been the 270th birthday of the Italian physicist Alessandro Volta, who in the year 1800 published a theory that led to the modern battery.

As TIME wrote back in 2007, Volta “realized metals could produce a current and developed the first battery, or ‘voltaic pile,’ a series of copper and zinc strips in salt water that gave off an electric current instead of static electricity.”

Born Feb. 18, 1745, in Como, Italy, Volta’s invention was the result of a professional competition with Luigi Galvani, who discovered that dissected frogs’ legs would twitch when probed with a wire.

Galvani believed the frogs’ muscles generated the electricity, while Volta thought the animal tissue was only a conductor.

The debate galvanized Volta to experiment with conductivity (often on his own tongue). Eventually, Volta put together a stack of metal disks, and when metal wires were connected to both ends of the stack, an electric current flowed through the pile, proving that animal tissue was not necessary to generate an electric current.

The Google Doodle honors Volta’s discovery with an animated battery that is reminiscent of both a voltaic pile and a battery-life reminder on a modern-day smartphone. 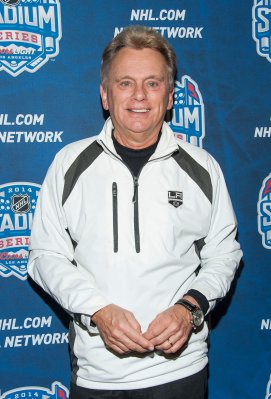 Wheel of Fortune Host Tweets About Climate Change Again
Next Up: Editor's Pick