Birdman may be widely perceived as the Oscar frontrunner for best picture, but American Sniper has already destroyed its competition at the box office. Despite being the worst-reviewed Oscar contender (with a 72% on Rotten Tomatoes), the film has earned a whopping $306.5 million domestically so far, more than the other seven best picture Oscar nominees combined. Even Bradley Cooper admits he can’t explain the film’s success.

But here’s a theory—and, no, it has nothing to do with that fake baby. In a terrible year at the box office, American Sniper soared when other Oscar contenders flailed because it advertised itself as a war movie, not a prestige film.

2014 was a bad year at the box office in general: moviegoing hit a two-decade low. But Oscar movies performed particularly poorly. American Sniper was the only best picture nominee to cross the $100 million mark. The Imitation Game came in at a distant second with $79.7 million, and Grand Budapest Hotel took the third spot with $59.1 million.

Studios never expect prestige dramas to make as much as blockbusters like Guardians of the Galaxy or even Fifty Shades of Grey. But in 2013, four best picture contenders grossed over $100 million at the box office: Gravity ($274 million), American Hustle ($150.1 million), The Wolf of Wall Street ($116.9 million) and Captain Phillips ($107.1 million). In 2012, five films—Lincoln, Django Unchained, Les Miserables, Silver Linings Playbook and Life of Pi—all surpassed that $100 million benchmark. In comparison, this year’s Oscar hopefuls look like they’re limping to the finish line.

Let’s assume that the controversy surrounding American Sniper—whether real-life sniper Chris Kyle was a hero or a murderer, a patriot or a liar—had little to do with its massive success compared to the other Oscar contenders. Every prestige biopic from this year (Selma, The Imitation Game, Foxcatcher, The Theory of Everything) has come under fire for factual inaccuracies or subversive politics. If controversy were all that drove ticket sales, at least a few of those films would have been hits, too.

Let’s also assume that this wasn’t all Bradley Cooper and director Clint Eastwood’s doing. Neither has the star power to guarantee a hit. Up until this point, Cooper hasn’t carried a movie on his own—The Hangover, Silver Linings Playbook, American Hustle and even Guardians of the Galaxy have all been ensemble films with A-list casts. And Eastwood hadn’t had a hit since Gran Torino in 2008. Just six months before American Sniper hit theaters, his last directorial effort, Jersey Boys, tanked at the box office.

American Sniper did have a major advantage over much its competition: it played in more theaters. The 2015 Oscars are dominated by arthouse films. From Boyhood and Birdman to Whiplash and Grand Budapest Hotel, many of the standout movies were distributed by specialty divisions of major studios; therefore, they received limited releases.

That’s not to say that American Sniper‘s massive success was predestined. The film cost just $23 million to produce, bringing it far closer to Birdman’s $18 million price tag than Gravity’s $100 million. But bigger movies like Imitation Game were just as widely distributed, but not nearly as widely seen.

No, the key to American Sniper’s success lies in its promotions. While all the other Oscar movies were sold as prestige films—trotting out their film festival laurels or punctuating British accents with dramatic piano music—American Sniper sold itself as a good, old-fashioned, edge-of-your-seat war flick. Just watch the first trailer:

As it turns out, Americans would rather watch a nail-biter than a meditation on childhood, fame, brilliance or whatever else the latest Oscar films might be meditating on this year. Here’s the real question: Is Bradley Cooper going to shoot that kid? It’s hard to think of a better way to lure butts into seats.

What was particularly brilliant is that they aired this (literally) heart-thumping trailer during football games, capturing the key demographic that made another real-life Navy SEAL movie, Lone Survivor starring Mark Wahlberg, a hit at the top of 2014. Both films pay tribute to the hard choices soldiers are forced to make on a daily basis. For Lone Survivor’s Marcus Luttrell it was whether to capture or even kill some innocent mountain herders who might report his whereabouts to the Taliban leader he was sent to kill; for American Sniper’s Chris Kyle, it’s whether to shoot a boy who may be trying to blow up his comrades.

This helped Chris Kyle’s story reach outside the tight circle of largely liberal-leaning folks writing about and voting for Oscar films. Though New York and Los Angeles have the highest concentration of moviegoers and usually fuel successful films, American Sniper‘s audience trended toward the heartland. Eight of the top 10 markets for American Sniper were in the South or Midwest—in cities like San Antonio, Oklahoma City and Nashville—according to the Wall Street Journal.

Whether the movie is pro-war or not (screenwriter Jason Hall would argue not), its campaign appealed to conservatives excited to see notorious Hollywood right-winger Clint Eastwood’s take on the Iraq War. (Other Iraq war movies like The Hurt Locker and Green Zone have mostly been helmed by liberal directors, and haven’t done nearly as well at the box office.) It also spoke to Christians who could ascribe to Chris Kyle’s priorities, as spelled out in his autobiography: “God. Country. Family.”

So while Hollywood celebrates a film in which a young boy helps his father distribute Obama signs on Texas lawns, the rest of America will be watching another man—who grew up in a very different part of Texas—target an Iraqi in his crosshairs. 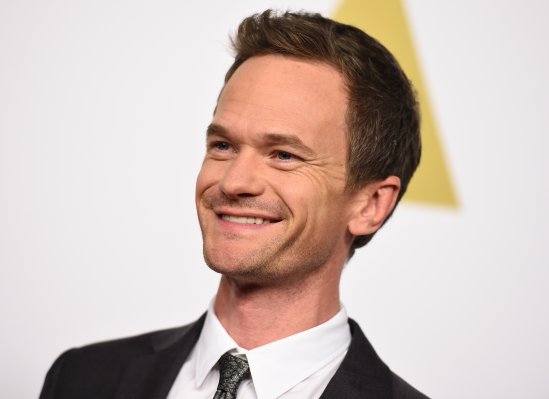