People Who Sext Are More Likely to Text While Driving

More than a quarter of American adults admit to texting while driving, but not everyone is equally likely to engage in the dangerous practice, finds a new study published in the journal Cyberpsychology, Behavior, and Social Networking. People who text and drive are more likely to be white than nonwhite, men than women and sexters than the sext-abstinent.

“In modern social life, we are tethered to our devices,” says study author Steven Seiler, assistant professor of sociology at Tennessee Tech University. “When we’re driving, we’re simply taking the norms that we have in other areas of life.”

The study evaluated survey data from more than 2,200 American adults and found that more than 27% of drivers admitted to texting while driving. The practice seemed to be fueled by a sense of constant connection to others. What the authors call “technological deviance,” a disregard for social norms around technology, may help explain why sexting was an associated behavior.

Read More: How Your Cell Phone Distracts You Even When You’re Not Using It

Even though a majority of states ban texting while driving, Seiler says he is skeptical that such laws are the most effective way to stop the practice. New Jersey, a state that keeps extensive records on texting-while-driving enforcement, enacted strict laws to ban the practice more than five years ago, but hasn’t seen a decline since, Seiler says.

“When there’s laws prohibiting mobile phones, rather than keeping the mobile phones near their face, they’ll keep it in their lap,” he says. “The change has to occur on a cultural level, not simply stricter laws.”

Much like state laws, simple restrictions aren’t likely to change culture. Students who attend a school that bans mobile phones from the classroom are more likely to engage in texting while driving, Seiler says he found in an forthcoming study. “They’re catching up on that time lost,” he says. “This goes back to how integrated cell phones are with our relationships.”

Traffic safety campaigns should try to spread the message in every way possible, much like the seatbelt campaign of the 1990s, he says. In the United States in 2012, more than 3,000 people were killed in distracted driving accidents, which include talking on the phone and texting while driving.

Read more: Why People Text And Drive Even When They Know It’s Dangerous 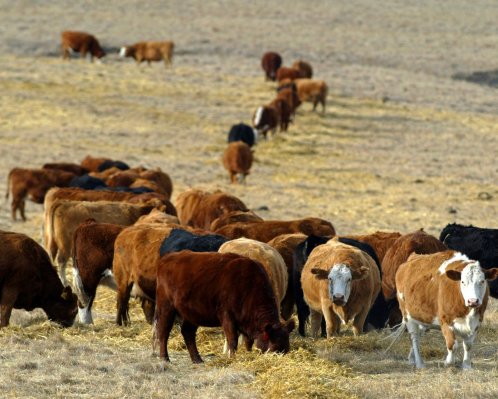 Canada Has a Case of Mad Cow Disease
Next Up: Editor's Pick