3 Morning Routines That Will Improve Your Day

Many of you probably have morning routines similar to my standard one: Hear the alarm ring, wake up in a fog and hit snooze a couple times, finally get out of bed, rush through some combination of getting-ready activities, maybe grab some food, and then head out the door

Not the most exciting. And, no matter what yours is, well, it’s a routine. And, while doing the same things morning after morning is often necessary, it’s also not the most inspiring way to get your day going.

So, last Friday I decided to try something different. I woke up an hour earlier than I usually do to go to DAYBREAKER, an event held in cities around the world that is dedicated to “starting your day off unlike anything else” by holding a sober dance party at 7 AM.

It was an adventure. And while the event itself was nice, what was really great was the notion of swapping out my standard morning drudgery for something a little different and, dare I say, fun. While I was definitely tired the rest of the day (see: waking up an hour earlier), I also came into the office feeling more refreshed, sharper, and like I had a little creative spark that I didn’t have after my standard subway commute.

Even if you don’t have DAYBREAKER in your city (or aren’t really the dance party type), there are plenty of ways you can shake up your morning for a more inspired workday. Try one once a week for the next month and see how your days could be different.

1. Have That Coffee Meeting First Thing

I tried this once recently as well, and it totally transformed my morning. There was someone I had been looking to meet up with for a little networking coffee and, instead of trying to squeeze it in during work hours or meeting up when I’m tired at the end of the day, we decided to meet first thing in the morning. Instead of starting my day sorting through my inbox, I had a lovely conversation and made a new connection—and I was still in the office before 10. Not only did I come into the workday with ideas swimming through my head, I was in a much better mood than if my only morning social interaction had been with my grumpy neighbor on the subway.

Nobody you’re trying to network with? Try just getting up early to go out to breakfast with a friend, SO, or even co-worker. You’ll strengthen relationships andstart your day off a little differently.

2. Listen to a Podcast While You Wake Up

I don’t listen to a ton of podcasts, but I want to get more into them. I also have a really hard time pulling my brain out of the sleep fog and my body out of the cozy bed in the morning—but I don’t just want to let myself fall back asleep and into the snooze cycle.

So, one night, I queued up an interesting-sounding podcast, and as soon as my alarm went off the next morning, I rolled over and groggily pushed play. This week I’m listening to the “Bored and Brilliant Challenge” and by the time the five-minute podcast episode was over, my brain was fully on and feeling inspired, and I was ready to get my day going. For longer podcasts, I’ll often get up five or 10 minutes in and finish the episode while I get ready or during my commute in.

The right podcast will be able to teach you something new, inform a challenge you’re working on, or just get you thinking—so why not do this right from the start?

Instead of reaching for your phone to read the news first thing, reach for a pencil and paper. Or a little piece of clay. Or even ingredients to make yourself a tasty breakfast.

Then write. Draw. Shape or make something. Play a little music. It doesn’t have to take long, and it doesn’t have to be big—or even good, for that matter—but you’ll be starting your day by engaging a part of your brain that many of us don’t get to work with often. And I have a hunch it will help you see the rest of your day in a different light.

It’s ideal to use your hands (and not your screens) to wake yourself up gently, but if you’re not really an artsy person, try waking up early to dedicate time to a side project before work. Do some coding. Write a post for your blog. Whatever it is, it will probably make you even more inspired to wake up—and start your day with something you’re excited about.

This is just the start—there are plenty of ways to shake up your morning and jumpstart your day. Tweet us @dailymuse if you have a morning non-routine that you love! 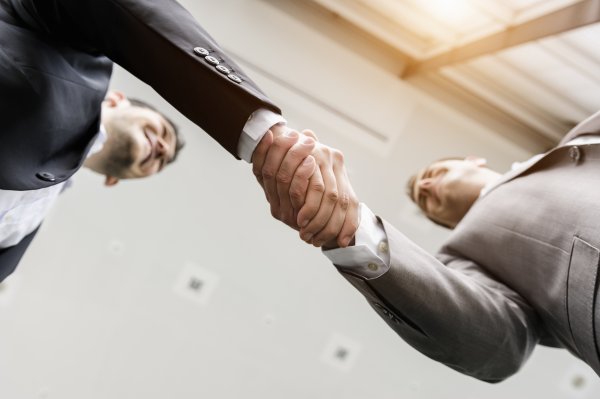 The Perfect Way to Introduce Yourself (in Any Setting)
Next Up: Editor's Pick