Why Your Heart Disease Risk Might Be Lower Than You Think

For decades, doctors have relied on the undisputed champion of heart disease risk assessment: the Framingham Risk Score. It emerged from a massive study of heart disease risk factors in more than 5,000 men and women and pointed out advanced age, being male, smoking, having diabetes, high total cholesterol, low levels of good cholesterol and high blood pressure. Scoring higher on these factors meant you had a greater chance of developing heart problems in the next 10 years, and most successive models included some version of these core culprits.

Now, scientists led by Dr. Michael Blaha, director of clinical research at the Ciccarone Center for Prevention of Heart Disease at Johns Hopkins Medicine, have published a new study in the Annals of Internal Medicine that finds that those risk calculators—four of which doctors use regularly—tend to overestimate the risk of heart attack in patients.

“It’s not that scientists made mistakes when coming up with the [calculators],” says Blaha, “They did the best job they could with the data they had. But there may be inherent problems in using historical data to predict things now.”

The diet and lifestyle of Americans have changed considerably since the Framingham days, when heart attacks occurred more frequently in younger people and more often in men than women. Americans on average now eat more trans fat and salt and have lower exposure to secondhand smoke, which can all affect heart disease rates.

MORE: Cholesterol Whiplash: What to Make of the New Heart-Risk Calculator

But even the most recent guidelines for predicting heart disease risk, released in 2013 by the American Heart Association and the American College of Cardiology, relied on the Framingham Risk factors. In the current analysis, these guidelines overestimated heart attack risk by 86% in men and 67% in women when Blaha and his team compared the predicted risk to actual rates of heart events in a group of more than 4,000 people aged 50 to 74 years, who were followed up for an average of 10 years. The other models overshot the risk by anywhere from 37% to 154% for men, and from 8% to 67% for women.

That’s a lot of extra heart disease that, under current guidelines, doctors may start treating with blood pressure medications, insulin and cholesterol-lowering drugs. All of those come with potential side effects and complications. In fact, the study found that statins to keep cholesterol in check were least effective among those with the lowest risk of having future heart events, meaning the benefits may not outweigh the risks for many.

“We’re getting close to the idea of re-thinking risk,” says Blaha. Instead of relying on decades-old data that draws conclusions and recommendations on a population level, ideally everyone’s risk should be more individualized and based on his own particular history. The Framingham model, for example, includes data collected from a single measurement of blood pressure and cholesterol, and a yes-or-no answer on whether the patient smokes. But someone who has smoked for years and just quit is physiologically different from someone who never lit up at all, just as having blood pressure that’s under control thanks to medication is not the same as never having hypertension to begin with. The most accurate way to predict someone’s risk of having a heart attack is to survey his blood pressure and cholesterol readings over his lifetime, or at least for many years. That may soon be possible with electronic health records and the popularity of medical monitoring bracelets. But until then, any model that relies on population-based data like Framingham may suffer from overestimating someone’s heart danger, Blaha says.

“These data point squarely to the idea that we need to be rethinking risk prediction,” he says. That may require not just combing through more data per patient, but also folding in other factors that may be more sensitive to the health of a person’s heart. Imaging techniques, including coronary calcium scores that measure the amount of calcium—a foundation for the plaques that eventually rupture to cause heart attacks—may provide more valuable and accurate information on a person’s risk, for example.

In the meantime, Blaha isn’t advocating for the elimination of current risk predictors or guidelines that help doctors decide when a patient’s risk warrants treatment with a drug. “The guidelines are still useful, but patients and doctors have to understand the caveats and limitations to them,” he says. Whatever score a patient receives from these calculators, that number should be the starting point of a discussion between doctor and patient about that patient’s particular risk factors—including his family history, whether and how much he smoked, and how much exercise he gets on a regular basis. “Patients need to demand, or ask their doctors to go beyond the number and say, ‘Do you really think I need to starting taking medicine?’ or ‘How much risk do I really have of having a heart attack?’” That kind of conversation is far more valuable than a single-risk calculator will ever be. 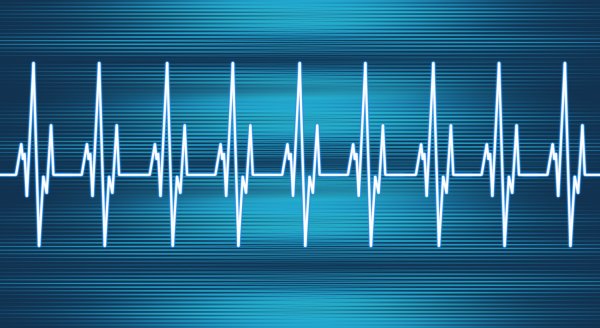