Alex Rodriguez Apologizes to Fans in a Handwritten Letter

Alex Rodriguez issued a handwritten apology addressed “to the fans” on Tuesday, saying he takes “full responsibility for the mistakes that led to my suspension for the 2014 season.”

Rodriguez missed all of last season due to a suspension for performance-enhancing drug use, the longest of its kind the league has ever given. From the letter:

Rodriguez said the team offered him the opportunity to use Yankee Stadium to make the apology, but he decided “that next time I am in Yankee Stadium, I should be in pinstripes doing my job.”

The letter was handwritten.

Rodriguez, who turns 40 in July, has played for the Yankees since 2004. Though he won a World Series with New York in 2009 and was named the American League MVP in 2005 and 2007, Rodriguez’s relationship with the team has soured considerably.

In 2013, he sued Yankees team physician Dr. Christopher Ahmad and New York-Presbyterian Hospital for allegedly mishandling his medical care during the 2012 playoffs. He withdrew the case last June.

In August 2013, the 14-time All-Star was suspended 211 games for his involvement in the Biogenesis steroid scandal. He was allowed to play while appealing the suspension, which was reduced in January 2014 to 162 games. Rodriguez filed a lawsuit in federal court in an attempt to get the shortened suspension overturned, but he later dropped the suit.

Rodriguez, who hasn’t played a full season since 2007 because of the suspensions and leg injuries, has three seasons and $61 million remaining on his 10-year contract. The team could dispute five $6 million payments Rodriguez would be owed for historic achievements as part of a marketing deal negotiated at the time of the 10-year, $275 million contract extension he signed in November 2007.

Cashman has said New York plans to move Rodriguez from third base to designated hitter this season. 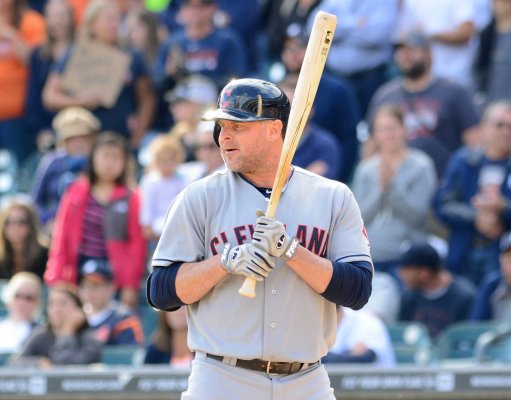 Jason Giambi Retires After 20 Years
Next Up: Editor's Pick