Bostonians stuck in their homes due to ever-mounting snow accumulation have taken up the habit of diving into the snow from the windows of their houses. Boston Mayor Martin Walsh thinks this is a really, really bad idea.

“I’m asking people to stop their nonsense right now,” the mayor said at a Monday news conference, according to the Boston Herald. “This isn’t Loon Mountain, this is the city of Boston, where we’re trying to remove snow off of the street and it becomes very dangerous.”

As the snow totals have mounted, young people have taken to leaping into snow banks. The higher the jump, of course, the more things could go wrong. Walsh is worried about already-overworked emergency responders being forced to deal with avoidable injuries by daredevils. The city, which has accumulated a record 58.5 inches of the white stuff in February alone, is dealing with huge economic costs in a brutal winter that still has a month left to go. 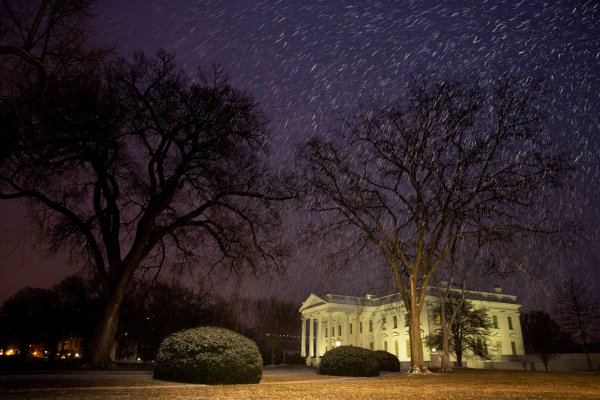 Washington Gridlocked Again... By a Snowstorm, Thankfully
Next Up: Editor's Pick