Actor Spencer Tracy and Vivien Leigh, winner of Best Actress for "Gone With the Wind," during the 12th Annual Academy Awards held at the Cocoanut Grove in The Ambassador Hotel in Los Angeles, Calidfornia on Feb. 29, 1940
NBCU Photo Bank/Getty Images
By Lily Rothman

No offense to Neil Patrick Harris or to this year’s best-picture nominees, but this year’s Oscars ceremony is also notable for something that proves it has no chance of being the best: this is the 75th anniversary of the Academy Awards ceremony that honored what is widely thought to be the best year in Hollywood history.

There’s not much of a public record of what happened at the 1940 ceremony between the giving-out of statuettes. It was the first such evenings hosted by Oscars-hosting champ Bob Hope, so presumably there were jokes, but it took place before the days of a national radio broadcast (much less a television broadcast) of the ceremony, though local radio stations may have broadcast a portion of the evening.

But we don’t have to know what Hope said to the audience there to know that it was epic. Here’s how TIME recounted the evening’s events, in the pages of the Mar. 11, 1940, issue:

Winners from Gone With the Wind, however, aren’t the evidence that 1940’s Oscars were the best. For that, look to the losers.

The best picture nominees who weren’t good enough to take home an Oscar included some of the best movies ever: Mr. Smith Goes to Washington; Stagecoach;, The Wizard of Oz; Goodbye, Mr. Chips; and Dark Victory, and that’s only a partial list, not to mention the famous movies (like Young Mr. Lincoln and Babes in Arms) that weren’t even nominated. Any year can have one instant classic; it’s a rare year that has dozens. That year had been a period that Gerald Clarke described in TIME, on its 50th anniversary in 1989, as “the most memorable twelve months in the history of the American cinema.” But, as Clarke explained, it took a while to realize what was going on: the theater was still seen as superior to the cinema, and the business-centric studio system was still in effect. Movies were low-culture fluff, and nobody was looking for history to be made. And yet, it was.

“There is no formula for magic, and what happened then is something of a mystery even today. Part of the explanation may be that the studio system, which had been born 20 years or so earlier, had come of age; it had reached its maturity but was still full of zest,” Clarke wrote. “The bosses may have been crude and often tyrannical, but they loved their business, they knew what they were doing, and they had created huge organizations whose only purpose was to send new pictures to thousands of theaters, most of which, in the U.S., were owned by the studios themselves. At the same time, moviemaking had reached a level of technical perfection that would have seemed miraculous even five years before.”

The night of the Academy Awards of 75 years ago was a celebration of that magic — but there is one way in which the 1940 Oscars flopped: as recounted by the Academy, the practice of tipping off newspapers in advance, to get the winners into the morning paper, backfired that year. The Los Angeles Times published the results in the evening edition rather than the morning edition, which meant the attendees already knew who had won.

Read the full 1939 cover story about Gone With the Wind, here in the TIME Vault: G With the W

Read Gerald Clarke’s examination of the best year in Hollywood history, here in the TIME Vault: Twelve Months of Magic 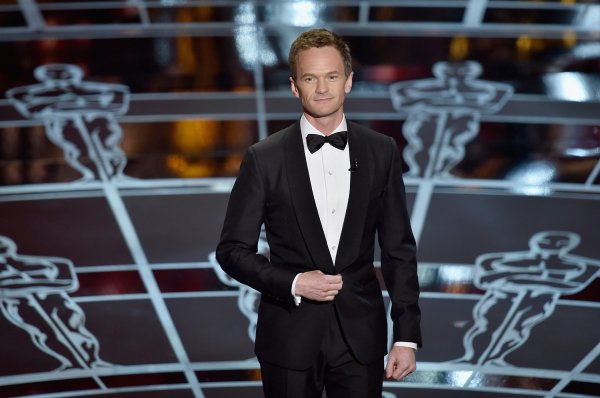 Watch Neil Patrick Harris' Opening Number at the Oscars
Next Up: Editor's Pick