Penguins No Longer Have a Strong Ability to Taste

Penguins no longer taste their food the way most of the animal kingdom does, according to a new study.

According to the researchers, vertebrates usually have five tastes: sweet, sour, salty, bitter and umami. But after studying the genetic sequencing of Adelie and emperor penguins, analyzing penguin tissue, and comparing the birds genomes to 14 other non-penguin bird species, the researchers discovered that penguins have lost all but the salty and sour tastes.

“Penguins eat fish, so you would guess that they need the umami receptor genes, but for some reason they don’t have them,” said study author Jianzhi Zhang, a professor at the University of Michigan Department of Ecology and Evolutionary Biology in a statement. “These findings are surprising and puzzling, and we do not have a good explanation for them. But we have a few ideas.”

The researchers believe that perhaps over 20 million years ago, the freezing climates of the arctic somehow interfered with the penguins’ ability to taste.

The researchers of the new study, published in the journal Current Biology, were tipped off to the lack of taste among penguins when they were contacted by a genomics institute in China called BGI which had originally sequenced the genomes of the Adelie and emperor penguins and couldn’t find their taste genes.

The researchers there asked the University of Michigan researchers to take a second look to see if what they found was true. Unfortunately for the penguins, they may be missing out on the variety of flavors found in their favorite fish. 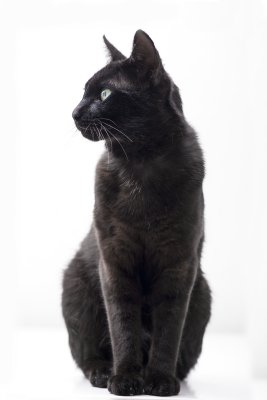 Meet the World's Oldest Living Cat
Next Up: Editor's Pick