Life May Have Thrived on Earth 3.2 Billion Years Ago, Study Says

Researchers from the University of Washington studied ancient rocks and found indications that 3.2 billion years ago life was sucking an essential nutrient, nitrogen, out of the air and converting it into larger structures, according to a report published in the weekly journal Nature.

“Imagining that this really complicated process is so old, and has operated in the same way for 3.2 billion years, I think is fascinating,” lead author Eva Stüeken told UW Today.

Nitrogen is an essential ingredient for life, as everything from viruses and bacteria to complex organisms use the nutrient to build genes.

The process that makes nitrogen easier for organisms to use, called nitrogen fixation, did not emerge until 2 billion years ago. This led scientists to theorize that the earliest ecosystems were clinging on to an essentially uninhabitable planet, but the new study shows that may not be accurate.

“Our work shows that there was no nitrogen crisis on the early earth, and therefore it could have supported a fairly large and diverse biosphere,” said study co-author Roger Buick. 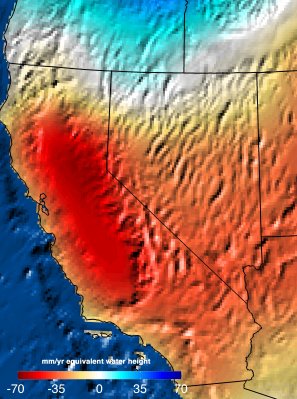 'Megadroughts' Could Devastate Southwest U.S. in a Century
Next Up: Editor's Pick