Last week on Last Week Tonight John Oliver called the pharmaceutical industry to task for marketing to doctors and hard-hitting advertising and then controversially announced that we are all like Radio Shack.

This week, Oliver took on an equally controversial topic: Big Tobacco. To kick off his take-down, Oliver rolled out a vintage ’70s video clip of a Philip Morris CEO saying (with a straight face) that while it’s true that women who smoke have smaller babies, “some women prefer to have smaller babies.”

Since then the U.S. government has restricted tobacco advertising and sales, which according to Oliver, has resulted in falling adult smoking rates, going from about 43% in 1965 to about 18% today. Yet despite the decline in smokers in the U.S., a 2008 report found that tobacco is more profitable than ever — a phenomenon that Oliver compares to the continuing popularity of the band U2.

According to Oliver, the tobacco industry has managed such a feat by targeting developing nations and using the legal system to block restrictions on advertising and health warnings. He illustrates his point through a jaw-dropping array of clips from around the world (a Marlboro sponsored smoking kiosk outside a school!) and the mind-boggling attempts by Big Tobacco to stop an Australian law that slapped gruesome and graphic health warnings on cigarette packages.

According to Oliver, Philip Morris International itself is suing the country of Uruguay, a battle so expensive that Uruguay has had to seek help paying their legal fees from such unlikely sources as former New York City Mayor Michael Bloomberg. The tobacco industry has sent legal letters to countries like Togo, Namibia, and even the Solomon Islands, which Oliver points out has a population of 600,000.

To help the fight, Oliver has offered a new advertising campaign free of charge to Big Tobacco: Jeff the diseased lung. He even paid for ads in Uruguay and sent t-shirts emblazoned with Jeff to Togo. If Big Tobacco wants to remain profitable, they may want to take him up on the free advertising. 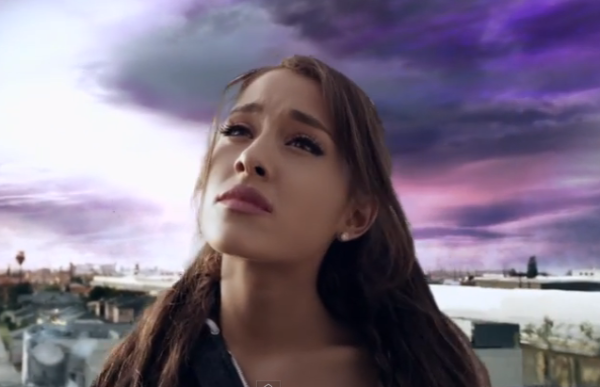 Watch Ariana Grande's New Video for 'One Last Time'
Next Up: Editor's Pick