Go Inside the London Costume Shop Oscar-Winning Designers Rely On

Angels the Costumiers
By Megan Gibson

The Oscar nominees for this year’s Best Costume Design award represent a diverse bunch of films populated with princesses, witches, hotel porters and aristocrats. Yet there’s one thing that most of them have in common: Angels.

The London-based company Angels the Costumiers has strong ties to the film industry and has provided ensembles for four of the five films nominated in the costume category this year: The Grand Budapest Hotel, Into the Woods, Maleficent and Mr. Turner. (Inherent Vice’s designer Mark Bridges received the fifth nod.)

Yet this year’s crop of award-nominated films isn’t an anomaly for Angels’ clients. The company has worked on a total of 35 films that have won Best Costume Oscars — a figure that could change to 36 come Sunday — as well as many more prestige films that took home awards in other categories.

The company, which was established in 1840 by Morris Angel, first made its name providing costumes to London’s theater industry. A century later, the company — which is still run by the Angel family today — began working with the television and film industries; since then, they’ve provided frocks on Downton Abbey, kilts in Braveheart and the military uniforms in the upcoming Dad’s Army remake.

Of course, Angels isn’t the only costume supplier that Hollywood can turn to. For example, Western Costume Company, in Los Angeles, has also been supplying costumes to studios for decades and has outfitted some major films, including Gone with the Wind and Roots. Jeremy Angel, Angels’ creative director, admits that Western is a competitor for film work — Western’s proximity to Hollywood surely helps — though he quickly adds, “There’s no one who competes on the size that we do, on the range.”

Today Angels has two shops, one in central London, which rents out costumes to the public for parties or events, and the other, which houses the majority of the Angels collection, in north London. The latter shop includes a warehouse that Angel told me on a recent tour holds more than five million pieces of clothing — or eight miles worth of racks.

Those racks of garments — not to mention the boxes of shoes, shelves of hats and cases of jewelry — are essential when a designer comes to Angels to outfit a film. While some designers are looking for brand new, customized costumes for their cast, others are happy to select from the smorgasbord of silk, lace, canvas and linens that Angels already has in stock. “Every single customer we have is completely different,” says Angel. “So we have to be able to adapt.”

Yet taking care of such a large collection is also a huge task. Special vents keep the warehouse cool, and the collection is treated to a bi-weekly fumigation process to prevent damage.

Angels also employs a staff of around 120 and has well-trained tailoring and alterations teams. Their staff are skilled at altering costumes to fit certain actors without actually cutting or permanently changing the garments so they may be used again. They’re also able to make costumes from scratch, tailored to an actor’s specific measurements. The company keeps old ledgers, dating back decades, with the measurements of actors like Pierce Brosnan and Sean Connery.

The skill and attention to detail required to work with film costumes has proved to be a great breeding ground for designers themselves. The late Alexander McQueen once worked in Angels’ tailoring department; Angel says that his staff are routinely being “poached” to work directly on film sets.

And though the accolades for best costumes are actually awarded to the designer, not the suppliers of the costumes, Angel says they still take a lot of pride in the awards — especially when the designer happens to be a former employee. Jacqueline Durran, the designer who has been nominated for Mr. Turner this year, won the Oscar for Anna Karenina in 2013; Angel proudly says that “she used to work for us.” He and the rest of the staff take it as a mark of validation that former employees continue to come back to Angels as customers.

With the odds stacked in their favor, it seems likely that Angels will be able to add another Oscar win to their total on Sunday. Yet even if one of their films does win, they’re not likely to get much public credit for it — Angel says they’ve never received a shout-out in an acceptance speech before. But if the lack of fanfare from designers for the company’s work rankles, Angel doesn’t let on. He says they are “proud” of their films’ nominations, and delighted whenever there is a win, but, for the most part, Angels are already focused on sewing up their next films. 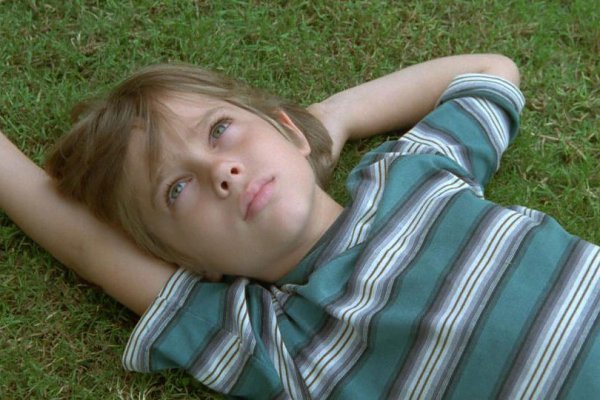