Pope Francis on Monday condemned the killing of 21 Coptic Christians hostages in Libya by militants affiliated with the Islamic State of Iraq and Greater Syria (ISIS), according to a Vatican Radio report.

“The blood of our Christian brothers is a witness that cries out,” he told a delegation from Scotland on Monday. “If they are Catholic, Orthodox, Copts, Lutherans, it is not important: They are Christians. The blood is the same: It is the blood which confesses Christ.”

The hostages, believed to be laborers from Egypt, are now “martyrs,” Francis said.

Egyptian authorities confirmed the authenticity of the video, and President Abdel Fatah al-Sisi launched air strikes against targets in Libya hours after vowing to avenge the deaths. 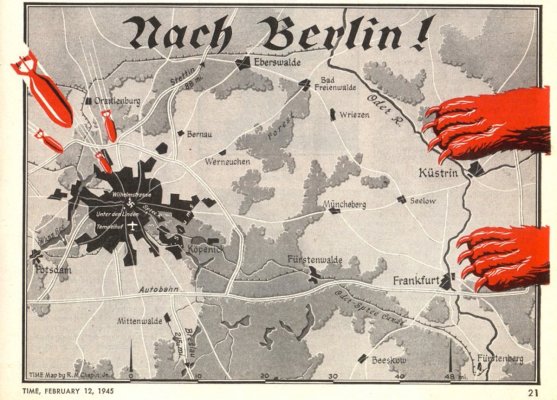 See This Map of the 1945 Bombing of Berlin
Next Up: Editor's Pick