Boehner: Senate Democrats Are to Blame If Homeland Security Shuts Down

Republican Speaker of the House John Boehner speaks at a press conference about Obama's proposal seeking war authorization from congress to fight ISIS and the congressional vote on the Keystone XL Pipeline in the Capitol in Washington on Feb. 11, 2015.
Jim Lo Scalzo—EPA
By Maya Rhodan

House Speaker John Boehner said Senate Democrats would be to blame if Congress fails to pass a bill to fund the Department of Homeland Security before it runs out of money on Feb. 27.

In an interview on Fox News Sunday, Boehner said the House had “done its job” and passed a bill to fund the agency. That bill, however, also includes language that would roll back President Obama’s executive action on immigration, causing Senate Democrats to block it.

“The House has acted to fund the department and to stop the president’s overreach when it comes to immigration and his executive orders,” Boehner said Sunday. “Senate Democrats are the ones putting us in this precarious position. It’s up to Senate Democrats to get their act together.”

If a funding bill doesn’t pass both chambers, the agency will shut down, which would mean thousands of frontline workers, including border patrol agents, would have to report for duty without pay.

Fox News reports that House Minority Leader Nancy Pelosi’s office released a statement following Boehner’s interview saying Boehner “made it clear that he has no plan to avoid a government shutdown.” 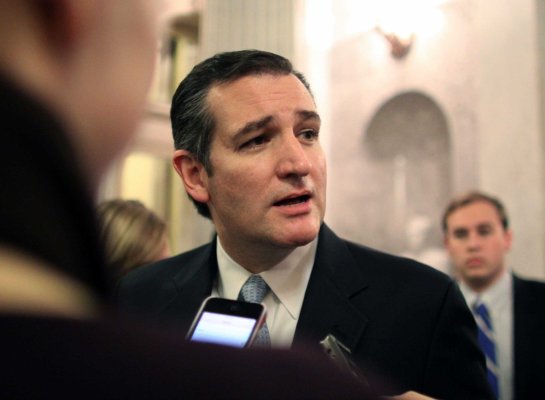 Republicans Battle Each Other Over Changing Senate Rules
Next Up: Editor's Pick