Presidential hopeful Jeb Bush finally has his mother’s blessing to run for the nation’s highest office.

Barbara Bush—who publicly and repeatedly acknowledged her aversion to a third Bush occupying the White House—said Friday that, well, she’s changed her mind.

MORE: Jeb Bush: Not Running From Common Core, But Not Saying it Either

The comments came at a Florida charity event attended by her son Jeb, who is actively exploring a 2016 presidential run, and included the former first lady being beamed in via Skype.

“What do you mean, ‘too many Bushes,’? she said, according to the Washington Post. “I changed my mind.”

The Post reported that Barbara Bush added that the nation’s problems were too dire to worry about the last name of the White House’s occupant.

MORE: Jeb Bush Hopes to Win the General Election by Losing the Weight

The former Florida governor, whose father George H.W. Bush and brother George W. Bush both served as president, said earlier in the week that he is “totally focused” on exploring a presidential run as political action groups linked to Bush appear to be financially far outpacing those linked to other possible candidates. 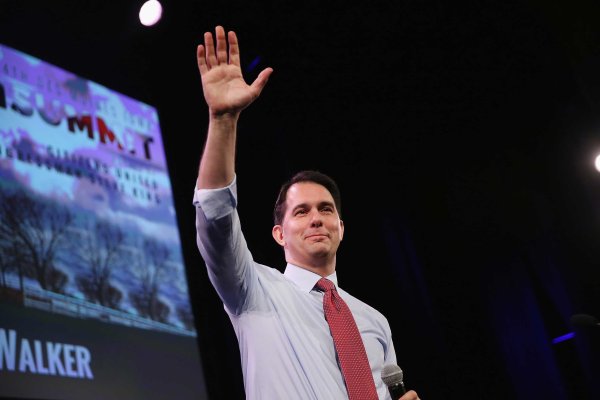 Scott Walker Is a College Dropout, But So Are Many Americans
Next Up: Editor's Pick