The Real Reason Egypt Is Buying Fighter Jets From France

After twenty years of searching, France has finally found a buyer for its Rafale fighter jet. President Francois Hollande announced on Thursday that Egypt will buy 24 aircraft as part of a deal reportedly valued at 5.2 billion euros ($5.9 billion), and his Defense Minister is heading to Cairo on Monday to sign the agreement.

France has been flying its domestically built Rafale jet since 2006, putting it to the test over countries like Afghanistan, Libya, Mali and most recently in the U.S.-led airstrikes on ISIS. But manufacturer Dassault Aviation has struggled to sell it abroad. Deals with Brazil, Libya, Morocco and Switzerland have all fallen through, and negotiations with India and Qatar are ongoing.

Then came Egypt. Hollande said in a statement that Egypt was seeking “aircraft quickly, due to the threats that it faces.” He added, “I believe that, given the current context, it’s very important that Egypt is able to act to uphold stability and to be in security.”

Still, budget-strapped Egypt may appear to be a surprising buyer for the French fighter jet. It already has the largest air force in Africa, and the Rafale, one of the most sophisticated fighter jets on the market, is unlikely to significantly boost its capabilities to combat insurgencies on the ground.

Egypt’s purchase may instead be aimed at diversifying its supply, experts say. The military has traditionally been one of America’s most dependable arms customers thanks to roughly $1 billion in U.S. annual aid that Egypt is largely required to spend on American gear. But Washington suspended aid after the military ousted democratically elected President Mohamed Morsi in 2013 and cracked down on Muslim Brotherhood supporters.

While U.S. aid has been restored, relations have soured. Earlier this week, President Abdel Fatah al-Sisi, who led the military takeover, hosted Russian President Vladimir Putin in Cairo and agreed on a joint plan to build Egypt’s first nuclear power plant. By opting for French military hardware, President Abdel Fatah al-Sisi is again demonstrating that his government doesn’t rely exclusively on the U.S. “Egypt has been so dependent on the U.S. that it is beginning to try to find some kind of contingency arrangement so that it can’t be levered by Congressional pressure to change their policies on dealing with dissidents,” says Anthony Cordesman, Chair in Strategy at the Center for Strategic and International Studies. “You’re sending a message.”

To be sure, Egypt faces security threats on multiple fronts. In the restive Sinai peninsula, Islamist insurgents who have pledged allegiance to the Islamic State in Iraq and Greater Syria have launched repeated deadly attacks on the military and oil facilities. On its Western border, a power vacuum in Libya since the 2011 ouster of Muammar Gaddafi (thanks in part to French Rafale airstrikes) has given Islamist groups a foothold. Highlighting why Sisi sees them as a threat, a Libyan group with ties to the ISIS kidnapped 21 Coptic Egyptian last month.

But Egypt does not need the Rafale to confront those threats, experts say. The air force already has as many as 230 F-16 fighter jets, Robert Springborg, a professor at France’s Science Po and expert on the Egyptian military, told Le Monde newspaper. The problem is not the lack of planes but the lack of sufficiently trained pilots, he says. And in the Sinai, in particular, American-provided Apache helicopters will be more effective than jets against the insurgency. “One thing is very clear,” says Cordesman. “On the basis of national priorities there is no military urgency to buy more combat aircraft.”

The Egyptian economy, meanwhile, has still not recovered from the tumult that followed the Arab Spring protests that ousted autocrat Hosni Mubarak in 2011. Sisi’s government has been bolstered largely by some $12 billion in aid from the oil-rich Gulf nations. Thirteen percent of the country is still unemployed, including more than half of the population under 25. The IMF projects that growth will reach 3.8 percent this fiscal year, a step in the right direction, but still well below its average five percent clip ahead of the 2011 protests.

But France has been “desperate” to sell the Rafale after twenty years, Cordesman says. While Egyptian media has reported that Gulf states have funded recent Egyptian military deals, French banks will put up financing for more than half of the purchase price. And though it’s unclear what Egypt is paying per plane, Cordesman says it’s likely that France is already providing a steep discount to Egypt to notch the first sale as it negotiates a much larger order of 126 planes with India. “My guess is that they’re not paying list, or anything like it,” he says.

The original version of this story misidentified the speaker of quotations about Egypt purchasing the Rafale jet from France. It was Anthony Cordesman. 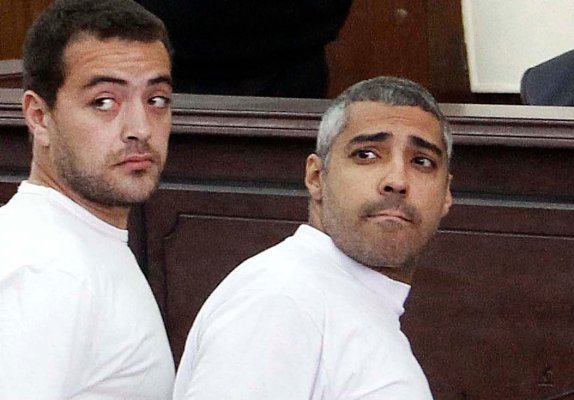