You Can Soon Use Apple Pay at National Parks

Heading to Yosemite National Park? According to Apple CEO Tim Cook, you’ll soon be able to use Apple Pay for entry at the gate.

The tech titan’s CEO was one of many big names to take the stage at Friday’s White House summit on cybersecurity and consumer protection, held at Stanford University in Palo Alto, Calif. Other leaders, from both public and private sectors, included the secretaries of Homeland Security and Department of Commerce and the CEOs American Express, Kaiser Permanente, AIG and Pacific Gas & Electric, to name a few. (President Barack Obama himself spoke later on Friday to announce his next cybersecurity-related executive action.)

The goal of the summit? To get corporations, tech vendors, law enforcement, consumer and privacy advocates, government and others to collaborate and share information in an effort to better prevent and respond to cyberattacks. The White House purposely chose to hold the summit in the heart of Silicon Valley, where much of the innovation in next-generation cybersecurity tools is taking place.

Indeed, much of the discussion at the event centered on how the public and private sectors can best work together to fight cyberattacks and the need for more nimble tools. Apple’s Cook, however, chose to dedicate his time on stage to pitching Apple Pay, talking up the fact that the company doesn’t sell information about its customers, and making an impassioned appeal for the importance of privacy–not just for security purposes but for the purposes of human rights.

According to Cook, Apple never sells consumer information to other businesses–that is not part of its business model.

“We have a straightforward business model” that does not include selling personal data, Cook told the audience.

Cook then went on to say that Apple Pay, the company’s mobile payments system, is safer than the traditional “plastic” credit cards. He also announced that, come September, Apple Pay would be available for “government transactions.”

Apple’s CEO ended his talk with an impassioned plea for privacy and freedom of expression across the world.

“History has shown us that sacrificing our right to privacy can have dire consequences,” said Cook. “We still live in a world where all people are not treated equally, [where] too many people do not feel free to practice their religion or express their opinion or love who they choose, a world in which that information can make the difference between life and death. If those of us in positions of responsibility fail to do everything in our power to protect the right of privacy we risk something far more valuable than money: we risk our way of life.” 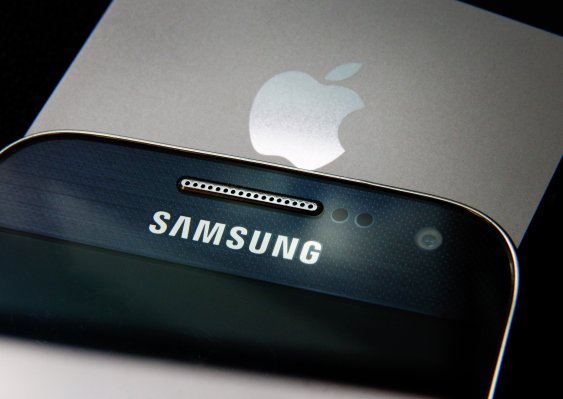 The State of the Smartphone War in 8 Charts
Next Up: Editor's Pick