This Is The Easiest Way to Get Better Sleep

Half of people over age 55 have a sleep problem, but a new study suggests meditating can improve sleep in those who can’t seem to get enough.

In the study, published in the journal JAMA Internal Medicine, researchers looked at 49 men and women around age 66 who were experiencing poor sleep but didn’t have a diagnosed sleep disorder. About half of them enrolled in a standard sleep hygiene education program, and the other half learned mindful awareness practices.

For six weeks, the mindful group spent two hours a week learning a variety of mindfulness and meditation practices, including mindful sitting, eating, movement and meditation. They were asked to practice what they learned at home—but throughout the program, the group never discussed sleep.

“A lot of individuals who are undergoing sleep problems don’t want to talk about their sleep anymore. It just further exacerbates their issue,” says study author David S. Black of the University of Southern California. “I wanted to look at a program where you wouldn’t have to talk about sleep and it would indirectly remediate some of those problems that go along with sleep, like worrying about it.”

At the end of the sessions, the researchers measured everyone’s sleep quality and found that the people learning mindfulness scored higher in better sleep than the other group. They also had improvement in areas like depression, insomnia symptoms and fatigue. The two groups had similar results for anxiety and stress.

The researchers speculate that mindfulness meditation improves nervous system and cognitive system processes that relate to arousal and stress. “Before going to bed, people who can’t sleep worry a lot, and they start ruminating about not being able to sleep,” says Black. “Through mindfulness practice, people learn how to observe thoughts without having to elaborate. It allows people be present without further interpretation of their symptoms.”

The findings are still preliminary, and while they’re not yet robust enough to make clinical recommendations, Black says he envisions mindfulness as a simple, inexpensive intervention for people who don’t have serious sleep problems, like those enrolled in the study. “This trial was intended for the majority of older adults who face sleep problems but do not have a clinical diagnosis of insomnia,” he says. “It opens it up to a broader audience.” 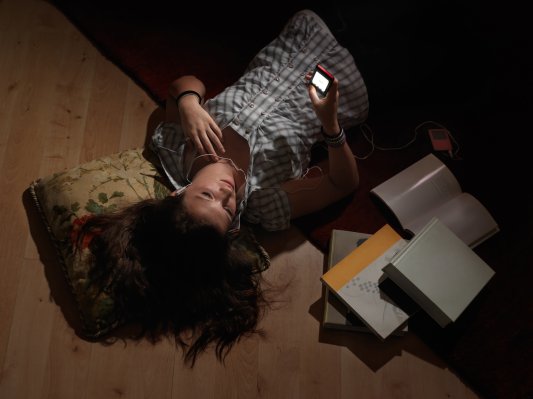 This Is What's Keeping Teens From Getting Enough Sleep
Next Up: Editor's Pick