People light candles during a vigil on the campus of the University of North Carolina, for three Muslim students who were murdered, in Chapel Hill, N.C. on Feb. 11, 2015.
Al Drago—The News & Observer/AP
Ideas
By Erica Williams Simon
Erica Williams Simon is a strategist, cultural critic, speaker and media maker. Her work focuses on communicating the personal values, ideas and habits that lead to radical social impact. She is a deputy editor for Upworthy.com and a World Economic Forum Global Shaper. Follow her @createdbyerica

But as the country came together to mourn the loss of these precious young people, two of them newlyweds, it took no time for the “War Of The Narratives” to emerge around one central question: Were these killings hate crimes?

According to the victim’s family, the motivation was clear and it had to do with the family’s Muslim faith. Abu-Salha’s father has quoted his daughter as saying about the killer, “Honest to God, he hates us for what we are and how we look.”

But new information is also emerging minute by minute that suggests that the suspect, who has been charged with three counts of murder, had a constant, general angry nature and “parking obsession”, leading some to believe that this really was merely a “parking dispute gone horribly wrong.”

The FBI has also begun an investigation and as we wait to see what they uncover, it’s worth looking at the context that informs the thinking of those who have taken to the virtual streets to make the connection between the deaths of these students and the way they looked, what they wore, and what they believed.

The context that informs this assumption has nothing to do with the nuances of official investigations and everything to do with history, lived experiences and common sense. Many of us understand that hatred and bias, like God, work in mysterious ways.

We can’t help but wonder: Did their otherness provoke an exaggerated and disproportionate sense of anger over an otherwise minor dispute? Was it their headscarves (hijab) that drew a killer’s attention to them in the first place? Did their Arab names invite an elevated volume, an antagonistic tone, overly aggressive body language?

For those of us who proudly wear our “otherness” on our skin, our bodies, our hair, the questions of bias and motive—why was she so rude to me? why did they speak to me that way? why is he being to angry? why is this unfair and unjust thing happening to me?—are a harrowing constant. Is this action, this situation, a direct response to who I am? The answer, as shown throughout history, is too often a resounding yes.

With that context in mind, the immediate assumption by many that this was a hate crime cannot be written off as a “rush to judgment” by a social media driven, protest hungry culture. It must be viewed as what it is: An obvious, contextualized, intelligent and reflexive positioning born of decades of exclusion and hatred. And for post-9/11 American Muslims living in an American Sniper obsessed culture, it would be ludicrous to think any other way.

I wish it weren’t so. I want to someday live in a world where when a senseless thing like this happens, thinking that bias was the cause seems as absurd as a parking dispute. I want to live in a world where we all feel the safety, community and love that 19-year-old Abu-Salha felt when she told public radio in an interview last summer: “It doesn’t matter where you come from. There’s so many different people from so many different places of different backgrounds and religions. But here we’re all one — one culture.”

But until that day, crimes that look, smell and feel like hate will continue to be called hate by those who regularly experience hate. And for those who don’t understand that experience, a simple suggestion:

Read next: All Teachers Should Be Trained To Overcome Their Hidden Biases 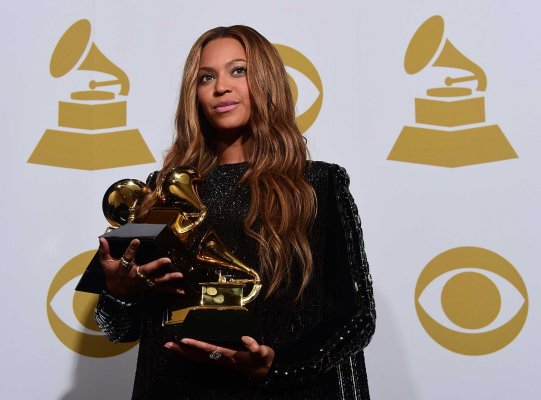