After years of hardship, America’s middle class has gotten some positive news in the last few months. The country’s economic recovery is gaining steam, consumer spending is starting to tick up (it grew at more than 4 % last quarter), and even wages have started to improve slightly. This has understandably led some economists and analysts to conclude that the shrinking middle phenomenon is over.

At the risk of being a Cassandra, I’d argue that the factors that are pushing the recovery and working in the favor of the middle class right now—lower oil prices, a stronger dollar, and the end of quantitative easing—are cyclical rather than structural. (QE, Ruchir Sharma rightly points out in The Wall Street Journal, actually increased inequality by boosting the share-owning class more than anyone else.) That means the slight positive trends can change—and eventually, they will.

The piece of economic data I’m most interested in right now is actually a new report from Wallace Turbeville, a former Goldman Sachs banker and a senior fellow at think tank Demos, which looks at the effect of financialization on economic growth and the fate of the working and middle class. Financialization, a topic which I’m admitted biased toward since I’m writing a book about it, is the way in which the markets have come to dominate the economy, rather than serving them.

This includes everything from the size of the financial sector (still at record highs, even after the financial crisis and bailouts), to the way in which the financial markets dictate the moves of non-financial businesses (think “activist” investors and the pressure around quarterly results). The rise of finance since the 1980s has coincided with both the shrinking paycheck of most workers and a lower number of business start-ups and growth-creating innovation.

This topic has been buzzing in academic circles for years, but Turberville, who is aces at distilling complex economic data in a way that the general public can understand, goes some way toward illustrating how the economic and political strength of the financial sector, and financially driven capitalism, has created a weaker than normal recovery. (Indeed, it’s the weakest of the post war era.) His work explains how financialization is the chief underlying force that is keeping growth and wages disproportionately low–offsetting much of the effects of monetary policy as well as any of the temporary boosts to the economy like lower oil or a stronger dollar.

I think this research and what it implies—that finance is a cause, not a symptom of weaker economic growth—is going to have a big impact on the 2016 election discussion. For starters, if you believe that the financial sector and non-productive financial activities on the part of regular businesses—like the $2 trillion overseas cash hoarding we’ve heard so much about—is a cause of economic stagnation, rather than a symptom, that has profound implications for policy.

For example, as Turberville points out, banks and policy makers dealt with the financial crisis by tightening standards on average borrowers (people like you and me, who may still find it tough to get mortgages or refinance). While there were certainly some folks who shouldn’t have been getting loans for houses, keeping the spigots tight on average borrowers, which most economists agree was and is a key reason that the middle class suffered disproportionately in the crisis and Great Recession, doesn’t address the larger issue of the financial sector using capital mainly to enrich itself, via trading and other financial maneuvers, rather than lending to the real economy.

Former British policy maker and banking regular Adair Turner famously said once that he believed only about 15 % of the money that followed through the financial sector went back into the real economy to enrich average people. The rest of it merely stayed at the top, making the rich richer, and slowing economic growth. This Demos paper provides some strong evidence that despite the cyclical improvements in the economy, we’ve still got some serious underlying dysfunction in our economy that is creating an hourglass shaped world in which the fruits of the recovery aren’t being shared equally, and that inequality itself stymies growth. 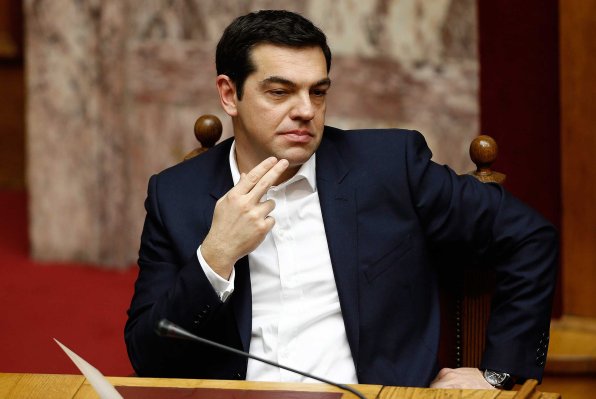 5 Plunging Numbers That Explain the World Right Now
Next Up: Editor's Pick