Chinese Military May Not Be the Juggernaut Some Assert It Is

Washington can sometimes seem like a bunker, where assorted think tanks regularly lob hand grenades detailing what’s wrong with every nook and cranny of the U.S. military. This week, for a change, one got tossed outlining the fundamental weaknesses of the Chinese military.

This is a big deal. Ever since the collapse of the Soviet Union, the prospect of a rising Chinese military has been cited as the justification for all sorts of U.S. weaponry. Don’t look to this new 184-page report from the Rand Corp. to change the debate—but it should.

“We have found that the PLA suffers from potentially serious weaknesses,” Rand says, referring to China’s People’s Liberation Army. “These shortcomings could limit its ability to successfully conduct the information-centric, integrated joint operations Chinese military strategists see as required to fight and win future wars.”

That isn’t how the Pentagon sees it. “The dramatic rise of China’s military, the uncertainty about how it will use its growing capabilities and its provocative actions in the region represent our most enduring challenge,” Admiral Harry Harris, commander of the U.S. Pacific Fleet, told Congress in December.

Frank Kendall, the Pentagon’s chief weapons buyer, has said that Chinese investment in high-tech weapons could alter the strategic balance in the region. When it comes to “technological superiority, the Department of Defense is being challenged in ways that I have not seen for decades, particularly in the Asia-Pacific region,” he told Congress the same month.

The Rand study, requested by the independent, Congressionally-mandated U.S.-China Economic and Security Review Commission, gives a level-headed assessment of the strengths and weaknesses of the People’s Liberation Army. It stands in contrast to much of the U.S. debate over China’s military (the commission’s next hearing, for example, is on China’s “space and counterspace programs”). For years, the Pentagon has produced its own annual report assessing the Chinese military, a pale echo of the Reagan era’s Soviet Military Power series that hyped Moscow’s martial might beyond reality.

China’s lone aircraft carrier, its production of new jets, and its carrier-killing missile have all been cited as justification for U.S. programs needed to counter them. But using a weapon is just as challenging as building it, and that’s where the Chinese fall short, according to Rand (although it adds that “the PLA also suffers from shortfalls in terms of its combat capabilities”).

“Overall, the PLA has made impressive strides in its ability to perform its assigned missions, including advances in capabilities designed to counter U.S. military intervention in a crisis or conflict in the region, but it still faces a number of serious challenges,” the study concludes. Key weaknesses fall into two categories. The first is the Chinese military’s bureaucracy, which reduces its ability to marry its land, air and sea forces together to wage war. The second is its personnel, who lack the required education and technical know-how needed to operate and maintain a 21st century military, and whose ranks are plagued by “rampant corruption.”

The Chinese, according to Rand, are well aware of their shortcomings. “Chinese military media reports and PLA books and journal articles contain voluminous discussions of the PLA’s problems, which some Chinese writers refer to as the ‘two incompatibles/two gaps,’ a phrase that highlights perceived incongruencies between current PLA capabilities and the demands of winning a local war,” the study says.

There aren’t similar voluminous discussions in American circles assessing the actual threat posed by the Chinese military. Unfortunately, that’s what makes the Rand report so refreshing. 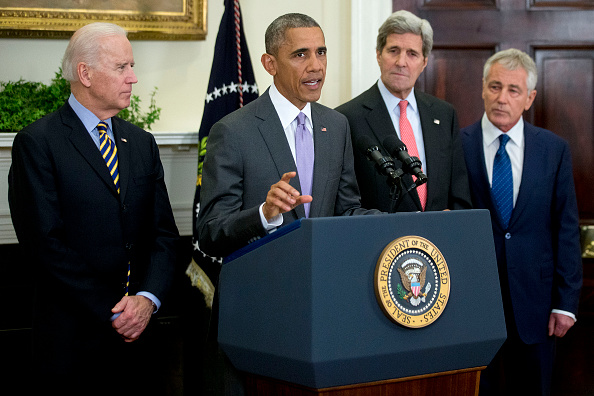 Fighting the Half-In War
Next Up: Editor's Pick