Who Is Who Is Fancy?: An Investigation Into the Artist With the Puzzling Name

Asking who is Who Is Fancy is like a real-life “My Single Is Dropping” moment from 30 Rock, but it’s a worthy question given how groomed for success this new pop artist is.

Who Is Fancy is the voice behind “Goodbye,” a punchy breakup anthem with a towering chorus that was recently serviced to radio and has been rising on the iTunes charts. More important than the hit-in-the-making, however, are the people behind him. Reportedly part of a joint venture between Dr. Luke (who’s produced for Katy Perry and Britney Spears) and Scott Borchetta (perhaps you’ve heard of his signee, Taylor Swift), Who Is Fancy is managed by Scooter Braun (known for bringing Justin Bieber and Carly Rae Jepsen to the masses). It’s extremely rare for this many industry power players to join forces for one artist — and it means you’ll probably be hearing a lot more about him in 2015.

Part of that is due to the buzz-building secrecy surrounding Who Is Fancy. Outside of his label and management ties, little is known about the artist. Wikipedia wants to delete his page because there’s so little on it; his YouTube channel uploaded some unhelpful teaser clips, but at least they suggest a music video of some sort is coming. His Twitter account, which frequently retweets fans wondering who the heck he is, also doesn’t give away much — besides his love of Chipotle, Gilmore Girls and avoiding the gym. (Finally, an pop artist the masses can relate to). Even his name is a little unclear: “Goodbye” is available on iTunes under the name Who Is Fancy, but both he and Borchetta have just used Fancy in the past when referring to him. That could just be a space-constrained abbreviation, but it could also suggest there’s some of grander reveal in the works, as one radio station suggested in a singles face-off on its website: “The artist will remain a mystery until the song reaches the top of the charts.”

But as music fans know from iamamiwhoami — the head-scratching electro-pop project that was identified as Jonna Lee after going semi-viral in 2010 — keeping secrets is easier said than done. An administrator for the pop-music message board Pulse suggests Who Is Fancy is 23-year-old Jake Hagood, thanks to some some digital detective work:

Big Machine, of course, is Borchetta’s Nashville-based label group that, while mostly known for country artists, now has a hand in the pop crossover game thanks to Swift’s 1989 transformation. So it’s not out of the question that an artist working in Nashville music circles — a LinkedIn profile lists one Jake Hagood as an “independent music professional” in Nashville, and he seems to have old music (and a photo) online still — would link up with Borchetta and company to make a similar move. If you buy “Goodbye” on iTunes, the credits list Fancy Hagood as a songwriter, which pretty much confirms it. (If for some reason there’s another Jake Hagood out there trying to make it in the music industry, this is either going to be the best thing or the worst thing to happen to his career.)

The artificially imposed secrecy may be unnecessary — surely Luke, Borchetta and Braun could force whoever they want onto the listening masses with their combined influence — but if “Goodbye” is any indication, Who Is Fancy could at least has the songs to back the charade up. 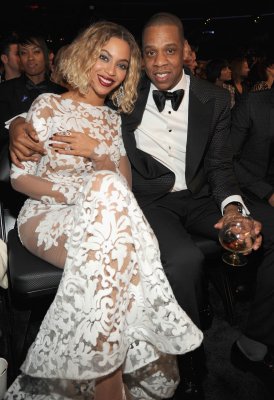 See the Most Inspiring Celebrity Couples of All Time
Next Up: Editor's Pick