Whether they’re in the candy dish at the doctor’s office or taped to a middle schooler’s valentine, Hershey’s Kisses are a Valentine’s holiday mainstay. Supermarkets carry seasonal colors, specialty flavors and even novelty jumbo Kisses. As one of the Hershey Company’s first products, the classic bite-sized candies have had a long evolution from simple chocolate to Valentine’s Day titan — and, it turns out, chocolate isn’t the only ingredient in its rise to fame.

The Kiss was introduced in 1907. Now, more than a century later, most consumers would never imagine the little chocolate drops were created by someone other than candy tycoon Milton Hershey. But it turns out a competitor, Henry Oscar Wilbur from nearby Lititz, Penn., released a remarkably similar product in 1894 called the Wilbur Bud.

The first element in the Kiss’ rise to dominance came at the production level. By 1900, Hershey was already revolutionizing mass-production of affordable milk chocolate for his original bar, so he was able to apply the same kind of innovation to the Kiss. The Wilbur Bud achieved its shape through the cumbersome process of molding: melted chocolate was poured into a teardrop-shaped mold and left to solidify. Hershey streamlined the process with a machine that formed the right shape automatically with a nozzle, plopping Kiss after Kiss onto a cooled conveyor belt for speedy delivery down the assembly line. And that classic foil? The Wilbur Buds were not wrapped. It was Hershey who figured candy consumers might want to carry the miniature sweets around with them without the chocolate melting all over their hands.

“What he was so gifted at was mass production,” says candy historian Beth Kimmerle, author of Chocolate: The Sweet History. “But with the Kiss, he also figured out how to package it, how to market it, into something that’s really iconic.”

Until 1921, Kisses were all hand-wrapped by factory workers. Around the time the automated wrapping machine—a foil plunger that basically stamps the chocolates as they pass—was invented, Hershey added the tissue paper plume, which he trademarked in 1924.

Another element in its success involved some marketing magic: Kimmerle suggests that the packaging of the chocolate Kiss has contributed greatly to its longevity. “Candy is about a psychological connection, it’s not just the taste,” she says. “If you watch people eat them—and I have—it’s always fascinating what people do with the wrapper and the plume. There’s no other way to describe it, it’s a caress.”

Starting in the 1960s, that trademark packaging began to do more than just keep the chocolate inside. Though it’s impossible to say which candy was the first to change up its colors to mark a holiday, the Hershey Company was one of the first. In 1962 they began wrapping Kisses in red and green foils for the Christmas holidays. The pink and red Valentine varieties filling supermarkets this month were added in 1986. Now foils have diversified — striped! printed! multicolor! — and seasons have expanded to include Halloween, Easter and Fall.

But the ultimate secret ingredient in Kiss success is, in a way, the most obvious of all: no matter what color the Kiss, the most marketable thing about the candy this time of year is its name. Hershey trademarked it specifically in 2000, but disputes remain over its origin. The company supplies this explanation: The nozzle apparently makes a kissing sound as it dispenses the chocolate onto the belt. But historians say that the term was actually popularly used for candies wrapped with a twist as early as the 1820s, and the 1856 Webster’s Dictionary defines the word as “A small piece of confectionary.” The company had a difficult time securing a trademark when it sought one in the 1990s because the courts thought the term was generic. Hershey eventually won by proving through a consumer survey that the public almost exclusively associates the word “kiss” with their brand. In the past there had been a variety of candies called champagne kisses, raspberry kisses or cream kisses; these days, Hershey’s can put a stop to that practice.

“It’s a powerful position they’re in where, not only do they own this iconic candy, they own a name that has a real symbiosis with what Valentine’s Day is all about,” Kimmerle says. “They glommed onto the name and they’ve really fought to protect it.”

In 2014, Kisses were the second most popular packaged candy product for Valentine’s Day — a category that excludes the heart-shaped chocolate boxes — and the fourth most popular in overall candy sales, according to Nielsen sales reports provided by the Hershey Company. For the holiday demand, Hershey produces more than eight million pounds of Kisses (which, at about 95 Kisses per pound, comes out to more than 750,000,000 individual candies). Even with wrapping machines that can each crank out 1,300 Kisses a minute, it would still take almost a month at Hershey’s typical output to manufacture that many.

When the life-cycle of the Hershey Kiss began, it was just a milk chocolate candy wrapped in foil. Over the last few decades Hershey has expanded the Kisses line to include Almond, Dark, Cookies and Cream and the white chocolate-swirled “Hug.” The latest development, which hit stores especially for the season, is a limited edition Valentine’s Day flavor, the Chocolate Truffle.

But for the real traditionalist, another option remains: despite the Kiss’s preeminence, you can still get your sweetheart some Wilbur Buds.

Read a 1964 story about the evolution of Hershey’s, here in the TIME archives: Chocolate’s Drop 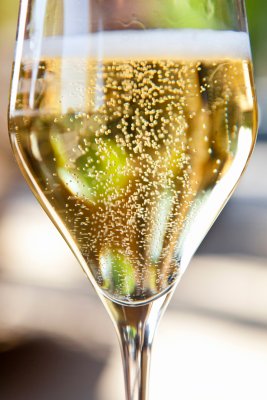