Hurricane Igor gets stronger as it turns west-northwest in the direction of Bermuda on Sept. 14, 2010 in the Atlantic Ocean as seen from space.
NOAA/Getty Images
By Jack Linshi

Storms like the devastating 2005 Hurricane Katrina may start becoming more frequent due to climate change, a new study says.

Sediment deposits suggest that during prehistoric times, severe hurricanes were slamming America’s eastern seaboard with a very high frequency—every 40 years—due to warmer ocean temperatures, according to the study, published Wednesday in Earth’s Future. Today, ocean temperatures off New England, which have slowly risen over the past several decades, are now higher than prehistoric levels.

According to the research, the prehistoric storms were likely category 3 hurricanes, such as Hurricane Katrina, or category 4 storms such as Hurricane Hugo in 1989, which would have catastrophic consequences if they reached land.

“We hope this study broadens our sense of what is possible and what we should expect in a warmer climate,” said the study’s lead author Jeff Donnelly in a statement. “We may need to begin planning for a category 3 hurricane landfall every decade or so rather than every 100 or 200 years. The risk may be much greater than we anticipated.” 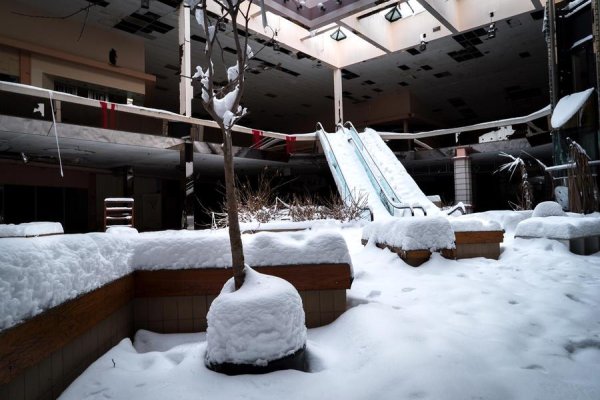 See This Abandoned Ohio Mall Buried in Snow
Next Up: Editor's Pick