The Wearable Tech We Actually Want

Note to the millions of you who did not attend this year’s Consumer Electronics Show in Las Vegas in January: you missed out on learning how to Thync. Lest you think I’m being coy, let me add that I don’t know how to Thync either. And I’m not sure I want to. But more on that in a minute.

Thync is an app-controlled, wearable device that–like Google Glass before it–promises to dramatically and forever improve life for all of humanity. It also (naturally) won an award for “Best in Cool Tech” at the show. Using tDCS (that’s transcranial direct-current stimulation to you and me), Thync promises to make you feel calm without pills or alcohol. Never mind that Thync is not yet approved by the FDA, which I hear is sort of a big deal. And never mind that you might feel less calm if anyone you know catches you hooked up to Thync–at least if you have a shred of self-respect. Because to use the device you need to attach two electrodes to your head, and one of them is on your temple.

Therein lies the problem of wearable tech. With the exception of the Jawbone, which not only tracks your activity but also comes in attractive colors and evokes a Cartier panther bracelet in the way it wraps elegantly around your wrist, all these devices have a very high barrier to entry in the looks department. Call me crazy, but in my experience, people generally don’t want to look idiotic. If I ran the FDA (Hello, Congress? This is on my bucket list, and apparently there’s an opening), I would require that the fashion standards of all wearable tech match the ingenuity of its functionality. Because right now, most wearable tech looks like it was designed by 13-year-old boys who sprinted straight home from school every day to watch The Matrix.

When Google Glass went off the rails (see: early adopters = “glassholes”), there was a lot of speculation as to why. Maybe it was because someone had an affair with a co-worker or someone spent too much on skydivers to announce the launch. But did anyone consider that Google Glass just looked sort of … stupid? I don’t care if it can direct me to the nearest Dunkin’ Donuts or record my dog chasing his tail–I’m not going to wear a pair of glasses that make me look like Hugo Weaving’s creepy Agent Smith. Unless, of course, it will get me that job running the FDA.

So Thync–which, to be clear, I have yet to approve–definitely needs to watch and learn and work out the electrode-on-forehead piece. Otherwise it’s a nonstarter for your average person with the average fear of public humiliation. And there are still strides to be made in the everyday-usefulness department. Do I need an electrode that’s going to make me calm, or glasses that will direct me to Dunkin’ Donuts? No. But I do need the following:

USE: Reroutes your path away from possibly insane children who are angry about something you can’t see, feel, understand, detect or predict in any way. Pulses an all-clear signal when danger has passed.

LOOKS LIKE: A Lulu Frost earring. Sparkly and inviting. Says, “I am unique but not crazy/weird.”

USE: For when you meet someone at a party or on vacation whom you may never talk to again because you don’t realize that this person is the friend you’ve been waiting for. Links immediately to Facebook; the two of you remain connected forever.

This one is my husband’s idea. It is something you use on a wife who is having a temper tantrum because her iPhone–supposedly the most user-friendly, intuitive thing ever invented–keeps photos stored even after she thinks they are deleted, so when she tries to take a picture, that annoying “cannot take photo” thing pops up, which makes her want to kill someone, even the husband who is trying to help. I actually don’t understand this piece of tech wear since it was his idea, and that’s really all there is to say on the matter.

LOOKS LIKE: Stella McCartney sunglasses; dark lenses are a must here, as the product may induce tears.

USE: Anticipates–and records video of–the last time your child calls you “Mommy” before he makes the depressing leap to “Mom.” And the last time your cat jumps up on the bed to cuddle against your knees before she is too old to make the leap. You get the picture (and the glasses will too).

So to Thync and Google and the unbelievably brilliant fashion people they’ll need to make any of the wearables wearable: I’m waiting. 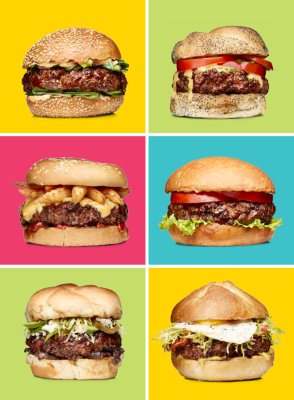 Beefed Up Burgers
Next Up: Editor's Pick