Where is the Best Place to be an Old Person?

Americans have been relocating to any number of bucolic places, keen to spend their golden years away from it all. Mexico, Alaska, the Ozarks, small college towns all around the nation. But before you book a one-way ticket somewhere or clean out your bank account, think again. As it turns out, studies suggest that it may be best for you just to age in place. And for most people reaching old age in 2015, that means growing old in a city.

Today, more than 80% of Americans and 54% of the population worldwide live in urban areas. The U.S. number includes more than 33 million people over 65. That’s a good thing, aging experts say.

“It’s the full panoply that make a city vibrant and great for all of its population, but particularly for older adults,” says Paul Irving, who leads a group on aging at the Milken Institute, an economic think tank that recently ranked American metropolitan areas based on how suitable they are for growing old.

The criteria Milken’s study assessed included access to health and wellness services, crime rates, weather, housing, job opportunities, transportation and suitability in terms of supporting social factors–including living arrangements, rates of volunteerism and availability of group enrichment programs, such as at a library or university or YMCA. Their verdict: of the 100 largest cities in the U.S., Madison, Wis., is the best in which to grow old.

The traffic, expense and hassle of city life may not sound like the traditional vision of the golden years. But easy access to health care and cultural stimulation help tip the balance in cities’ favor. In Madison, for example, seniors can take classes at the local university and receive care at one of its 11 hospitals, and when they don’t feel like–or can’t–walk around the pedestrian-friendly city, they can make use of an on-demand transportation system designed for those who need it.

Another advantage for cities: lots of other people. Academic research supports anecdotal evidence that staying connected has benefits. “As we age, our worlds tend to shrink, making our immediate neighborhoods all the more important,” says Ruth Finkelstein, a longevity and health policy expert at Columbia University. “In addition to their social networks, people also have micro-relationships and connections–the people you’re used to seeing, the sidewalks you’re used to walking down, the shops you’re used to frequenting. Those are relationships of reciprocity.”

The urban option may grow even more attractive in the coming years. The World Health Organization launched an initiative in 2010 to push mayors around the globe to make their cities friendlier to older residents. And even though plans are still in the early stages, some mayors in the U.S. are working to increase affordable housing options, make transportation more accessible and find ways to engage older people in their communities. New York City, for instance, has something called Age-Friendly NYC, which works with the mayor’s office to develop programs for the city’s more than 1 million residents who are age 65 or older.

Similar programs in communities around the world are helping to prepare for a fast-changing reality, but cities may be aging quicker than public policy is evolving. Just a generation ago, swarms of retirees migrated to the warmth of Florida and the rest of the Sun Belt. Now, 71% of baby boomers say they want to grow older where they spent most of their adult lives, according to a recent survey by the AARP.

Finkelstein, who led New York City’s initiative for older people, says she is among them. “I am speaking to you from my little teeny-tiny three-story wooden house in Brooklyn,” says Finkelstein, 60. “They will carry me out of here in a wooden box.” 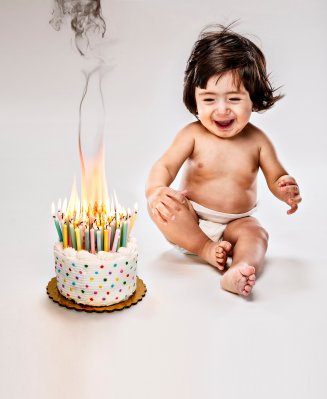 The New Age of Much Older Age
Next Up: Editor's Pick