Seabrook was on his way to meet me. That was the name of my valet from Luxe, a San Francisco startup that brings valet parking to wherever customers happen to be. In my case, that was the busy, high-rise-packed city center, where I have often circled the block like a maypole in search of a little unoccupied pavement. This time Seabrook was there, in his electric blue jacket, when I arrived. He whisked my car away and then returned it hours later to the same spot for $15. That’s less than I would have paid for street parking, had I been lucky enough to find it.

Luxe may sound like another absurd Bay Area convenience, but it’s also one of many private and public outfits applying data science to the decidedly old-fashioned problem of city parking. “There’s a cascade of problems that are caused by having to drive around and hunt for spaces,” says Donald Shoup, an urban-planning professor at UCLA. Namely: slowing public transport, wasting fuel, more congestion and dirtier air.

Studies suggest that up to 30% of downtown drivers may just be looking for a place to park their cars. Shoup’s research, conducted on 15 blocks near the UCLA campus, illustrates how a little cruising can add up. He and his students found that the average time a driver spent hunting for parking was 3.3 min.; the average distance covered was a half-mile. That means that over the course of a year, the search for parking around just the Los Angeles campus would add up to 950,000 miles of travel, along with 47,000 gallons of wasted gas and 730 tons of greenhouse-gas emissions. “In a day, the amount of cruising was more than the distance across the U.S.,” Shoup says.

A fundamental problem, experts say, is that people expect parking to be free–and often it is. As a result, people will drive and drive rather than just popping in the first commercial lot they come to. And if parking is too expensive, drivers often don’t stop at all, depriving merchants of business and cities of tax revenue. “It’s important to get the price of parking right,” says Shoup.

And that requires data. From 2011 until just recently, the city of San Francisco ran a pilot program called SFpark. Researchers embedded sensors in the pavement to monitor when spaces were occupied and then adjusted meter prices to drive traffic from packed blocks to underutilized spots. The prices for hot spots might be upped to $4.25 an hour, while spaces two blocks away were lowered to 25¢. By the end of the test, drivers were spending only half as much time–about five minutes–looking for parking as they had before. “We know we need to reduce circling,” says Lauren Mattern, who oversees parking policy for the city. “We need to make our streets safer by having fewer distracted drivers.” Mattern is now working to apply those lessons to all of San Francisco.

Until then, tech companies will keep trying to disrupt the parking problem. Some, like MonkeyParking, have gotten in hot water for trying to monetize public spaces. But others are trying to make paying for private parking more attractive. Boston-based Spot, which aims to be an Airbnb for personal spaces, has been welcomed by city officials, in part because it has the potential to reduce wasteful cruising. “The opportunity is absolutely massive,” says Spot founder Braden Golub. “There’s a lot of unused space out there.” And Seabrook knows exactly where it is. 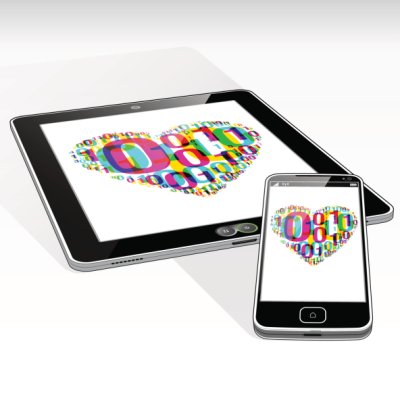 The Risks of Using a Dating App on Your Company Phone
Next Up: Editor's Pick