Up to 20% of World Press Photo entries that made it to the penultimate round of the contest were disqualified after they were found to have been manipulated or post-processed carelessly, the Dutch organization has confirmed.

In the past two years, participating photographers were required to send in raw files if their images were selected for the final stages of the prestigious photojournalism contest.

“Our contest rules clearly state that the content of the image should not be altered,” says World Press Photo managing director Lars Boering in a statement. “This year’s jury was very disappointed to discover how careless some photographers had been in post-processing their files for the contest. When this meant a material addition or subtraction in the content of the image, it lead to the images being rejected from the contest.”

And while World Press Photo believes there were no attempts to deceive or to mislead, the organization’s independent experts “found anomalies in a large number of files and presented their findings to the jury,” says Boering. “According to the contest rules, only retouching of files that conforms to currently accepted standards in the industry is allowed, and the jury is the ultimate arbiter of these standards.”

He adds: “It seems some photographers can’t resist the temptation to aesthetically enhance their images during post-processing either by removing small details to ‘clean up’ an image, or sometimes by excessive toning that constitutes a material change to the image. Both types of retouching clearly compromise the integrity of the image. Consequently, the jury rejected 20 percent of those entries that had reached the penultimate round of the contest and were therefore not considered for prizes.”

This was particularly apparent in the Sports Stories category, in which only two Prizes were given instead of the usual three. “We decided that we would just award the two worthy winners rather than just give a prize for the sake of a prize,” says Mark Baker, the chair of Sports section and the Southeast Asia photo editor for the Associated Press. “It’s a sad reflection on how photographers still haven’t fully comprehended how strict the rules are on photo manipulation at the World Press Photo.”

He adds that while the withdrawal of images in the final rounds happened in many categories, the Sports Story category was hit particularly hard. “It’s very disappointing, it’s very deflating for the jury to spend many hours going through thousands of images and to find out, right at the end of the process [that] some of the best entries have to be withdrawn because they haven’t met the entry requirements.”

The news comes a few months after World Press Photo released a report on image manipulation and industry standards. “There is clearly an urgent need to take this matter further,” says Boering. “Over the coming months, we will be engaging in further dialogue with the international photojournalistic community to explore what we can learn from all this, and how we can create a deeper understanding of issues involved in the application of post-processing standards in professional photojournalism. Together we should find common ground about these standards and find out how they are changing. We will take the lead on this as it is a great concern to World Press Photo. We want to keep the standards high.”

In an interview last month, Boering told TIME he wants his organization to become a think tank for photography, helping to lead the industry in establishing industry standards. 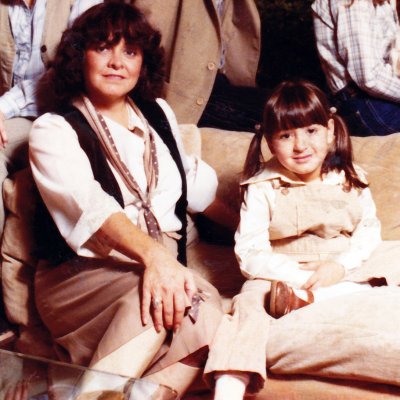 Camille Addario Discusses Her Daughter's Career as a War Photographer
Next Up: Editor's Pick