A Texas teenager got fired from her new job less than 24 hours before she started after she used a couple of choice expletives to describe it on Twitter.

“Ew I start this f*** a** job tomorrow,” tweeted the teen with username @Cellla_. CBS reports that the job she was referring to was at a branch of Jet’s Pizza in Mansfield, Texas. Unfortunately for the luckless teen, her tweet was spotted by store owner Robert Waple.

“And no… you don’t start the FA job today! I just fired you!” he replied, “Good luck with your no money, no job life.”

Waple reportedly last tweeted in 2009, and logged on only to publicly terminate Cella’s employment.

His tweets have since been deleted, and the pizza chain’s corporate office told CBS: “We regret to see the manner in which this situation has been handled by both parties involved.”

Not that Cella seems too heartbroken about it. 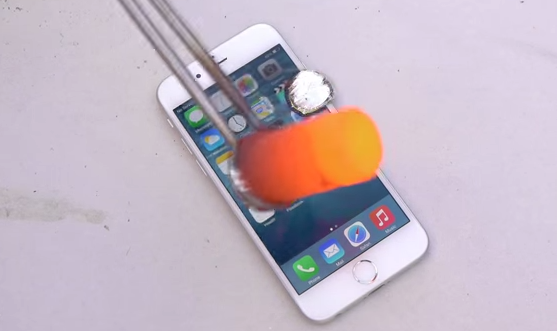 Here's What Happens When You Pour Molten Aluminum Over an iPhone 6
Next Up: Editor's Pick