Spice Up Your Life With These Previously Unheard Spice Girls Songs

A Spice Girls reunion is all fans really really want, but devotees of Girl Power will have to settle for four previously unheard demos that just surfaced online.

The tracks, which you can hear below, are purportedly demos from the group’s third and final album, Forever; one of the uncovered songs, “Right Back At Ya,” actually appeared on that 2000 record in another form. Ginger Spice fans will also probably want to holler with disappointment, as Geri Halliwell had already left the group by then and is thus not featured in any the leaked material (she later said she’d be there for the group’s 2007 reunion tour).

While Forever signaled a shift from zany pop to a more R&B-influenced direction (they worked with Destiny’s Child producer Rodney “Darkchild” Jerkins) these songs manage to have the feel of classic Spice Girls material. That’s probably because, as Mic notes, they were produced by Richard Stannard and Matt Rowe, who helmed much of the band’s earlier material (and had minimal credits on Forever).

Too much of something is bad enough, the girls once sang in 1997, but too much of the Spice Girls? There’s no such thing. 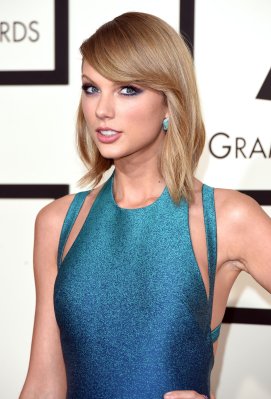 Taylor Swift Made This Break-up Playlist for a Recently Dumped Fan
Next Up: Editor's Pick