Taylor Swift is known for dissecting past relationships in her music, but what does the queen of heartbreak listen to when she’s heartbroken?

Well, we now have an idea after the future Kanye West collaborator helped out a fan whose boyfriend of four months dumped her with an out-of-the-blue text message. After the forlorn fan sought Swift’s advice on Tumblr, the “Blank Space” singer got in touch with tips on how to heal.

“It’s so devastating to come to terms with speaking of someone in past tense when you used to see them as your present and your future tense,” she wrote in a string of messages. “The fact that you have to endure this kind of emotional abuse is so wrong. I know it’s hard but I think it’s time to utilize the ‘block’ feature on your phone.”

She ended her thoughts with a themed playlist moving on that includes Charli XCX (who just covered Swift) and Azure Ray. Fans may not get one-on-one relationship advice, but at least every Taylor Swift fan knows what to listen to when they want to shake it off. (As long as its not on Spotify.) 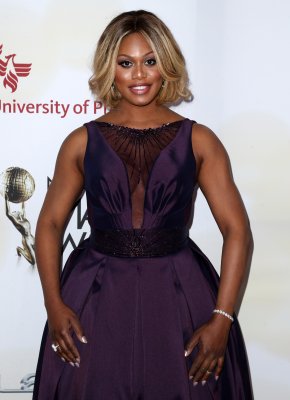 Laverne Cox Will Star in a CBS Legal Drama
Next Up: Editor's Pick