Australian Man Adopts a Puppy and Becomes a Viral Sensation

The world agrees: Raffa is one seriously lucky dog.

When a photo of the adorable pup with his new dad was shared by Pets Haven Animal Shelter in Melbourne, Australia, on Facebook over the weekend, the Internet said: Who is that cutie? And, they weren’t referring to the dog.

The photo of the tanned, muscular hunk holding the pup he just adopted was liked by more than 15,000 people on Facebook and was shared more than 60 times (and counting). Nearly 1,000 comments poured in from inquiring eyes all over the world, and the hashtag #RidiculouslyPhotogenicAdoptionGuy was coined in his honor.

“Do you have any other men like this up for adoption?” reads one comment from fan Jade Tuncdoruk in Sydney.

“Can he take me home too? Hahahahaha,” reads another from Danielle Murphy in New Zealand.

Memes of the photo popped up faster than you can say, woof.

Turns out the photogenic animal rescuer is Ben Henderson, a college graduate from Melbourne, according to his Facebook page. It was ruff all around when fans learned that he’s been engaged since 2013. In a cute comment on the photo, his fiancée Alisha Howell chimed in with a picture of her engagement ring and wrote: “Sorry ladies he put a ring on it !! Haha.” But does he have a brother? 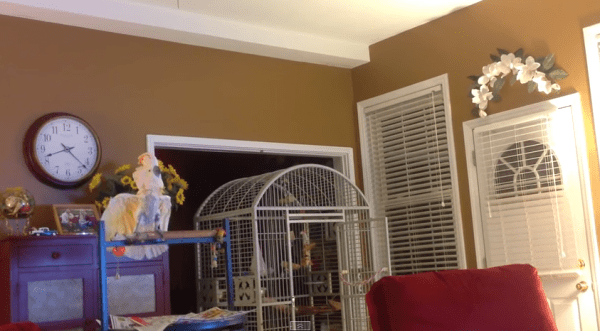