If only True Blood were still on the air: the sisters Haim look like the baddest vampires Bon Temps has ever seen in the new video for their Calvin Harris collaboration, “Pray to God.” Here, Haim skips the synchronized dance moves of their Fatima Robinson-choreographed “If I Could Change Your Mind” video in favor of standing absolutely still — and somehow, they manage to be look just as captivating while doing it.

“Pray to God” was a clear highlight when it appeared on Harris’ last LP, the uneven Motion, mostly because it resembles a Haim track more than a Harris one; just like his Tinashe team-up, “Dollar Signs,” the DJ-producer is best when he caters to his guest stars’ strength.

Surely there’s a Grammy voter watching this and kicking himself right for not giving Haim the Best New Artist award right about now. 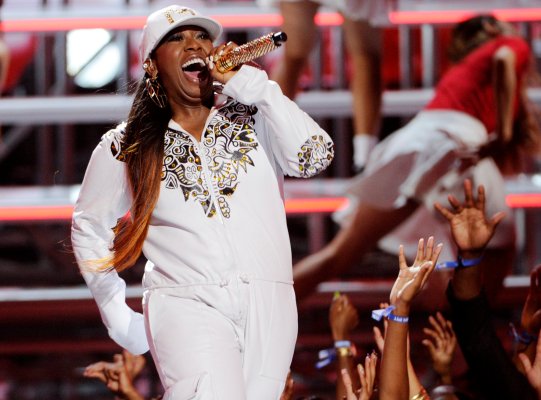 Listen to Diplo Tease a New Missy Elliott Collaboration on Snapchat
Next Up: Editor's Pick