President Barack Obama during a news conference in the East Room of the White House in Washington, Feb. 9, 2015.
Jacquelyn Martin—AP
By Zeke J Miller

President Barack Obama maintained in a new interview that he “evolved” on gay marriage, despite a top aide’s assertion in a new book that he was “bullshitting” in 2008 when he opposed the unions.

Obama told BuzzFeed that longtime political guru David Axelrod didn’t accurately characterize his position when Axelrod wrote in his new book that Obama shifted on the issue for political gains. But the President proved unable to explain why he moved away from supporting the unions despite supporting them as a state Senate candidate in 1996.

“I think David is mixing up my personal feelings with my position on the issue,” Obama said. “I always felt that same-sex couples should be able to enjoy the same rights, legally, as anybody else and so it was frustrating to me not to, I think, be able to square that with what were a whole bunch of religious sensitivities out there.”

Axelrod writes that Obama told him after an event where he maintained his opposition to same-marriage, “I’m just not very good at bullshitting.” Axelrod said Obama made the shift for political reasons, and that “opposition to gay marriage was particularly strong in the black church.”

The passage, first noted by TIME Tuesday morning, is the clearest explanation yet of Obama’s long-documented flip-flop on the issue.

In a 1996 campaign questionnaire, Obama wrote that he was in favor of same-sex marriages, a position he reversed 12 years later when he was running for president. “I believe that marriage is the union between a man and a woman,” Obama said in 2008. “Now, for me as a Christian—for me—for me as a Christian, it is also a sacred union. God’s in the mix.” It wasn’t until 2012, after Vice President Joe Biden expressed support for the unions, that Obama backed them once again.

“Where my evolution took place was not in my attitude toward same-sex couples, it was in understanding the pain and the sense of stigma that was being placed on same-sex couples who are friends of mine, where they’d say, “You know what, if you’re not calling it marriage, it doesn’t feel like the same thing,” Obama told BuzzFeed.

Asked specifically about the old questionnaire, Obama offered no explanation for why he said he supported the unions before deciding to oppose them.

“The old questionnaire, you know, is an example of struggling with what was a real issue at the time,” Obama said. 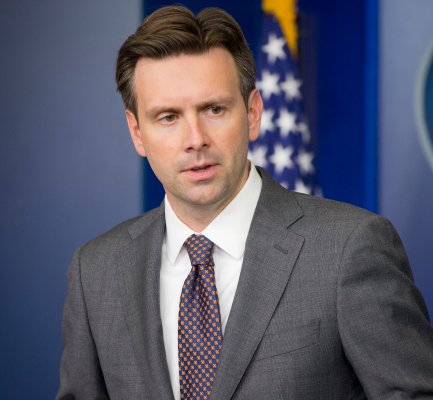