Missy Elliott performing at the BET Awards in 2014.
Chris Pizzello—Invision/AP
By Nolan Feeney

Days after Madonna became the first artist to release a music video on the app for self-deleting messages, DJ-producer Diplo previewed a new track on the platform late Tuesday — and it features contributions from Missy Elliott.

Missy hasn’t released an album in 10 years, but her appearance during Katy Perry’s Super Bowl halftime show has made fans’ hunger for new material more intense than ever. (Outside of guest appearances and a few one-off songs, she’s mostly stayed behind-the-scenes.) Thankfully, Diplo and fellow DJ-producer Skrillex, who collaborate under the name Jack Ü, have recruited the singer-rapper to hop on a remix of their Kiesza collaboration, “Take Ü There.” Listen to Diplo’s Snapchat previews of the track below, via Your EDM.

There’s even more good news: On Tuesday, Missy tweeted that she was back in the studio with long-time producing partner Timbaland, though she’s hesitant to reveal anything about when or where that end product might drop. “I don’t want to say too much,” she said in an interview earlier this month. “In this day and time, boy, you say something, they will come back two weeks later like, ‘Where your album at?’” 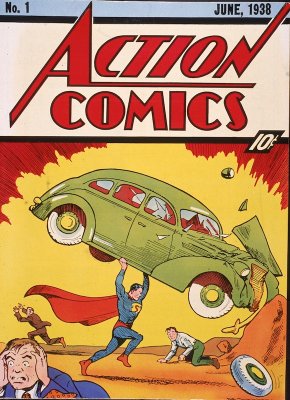 Scribd Launches Its 'Netflix for Comics'
Next Up: Editor's Pick