The news that we’ve been expected but hoping not to be true finally came on Tuesday night. It was sort of like finding out that Santa Clause wasn’t real or that the epic twerk fail video was a hoax. Yes, it was the news that Jon Stewart is leaving his place behind The Daily Show desk after 17 long years of skewering just about every administration since then and earning more Emmys than Anna Nicole Smith had pills.

It was sad news indeed and both Twitter and the press reacted with its typical “oh it’s so sad” keening. There have already been the inevitable “Who Should Replace Jon Stewart” posts in various corners of the Internet. I’m sad about the news as well and that’s why I think the best person to replace Jon Stewart is absolutely no one at all. In fact, Comedy Central should cancel The Daily Show entirely.

Just think about it, though it was created two years before Stewart started, The Daily Show is infused with Stewart’s indelible DNA. No one remembers that tall blonde guy who hosted it before him (his name was Craig Kilborn and he’s gone on to do, um, not much else) or that the show was more like a late-night version of The Soup and didn’t get nearly as political as it did once Stewart took over. The structure of the show, the tenor of the jokes, the way that Stewart ranted and raved and yelled and screamed and made you angry at the news but not at him is a trademarked approached. He’s the one that did it first and he’s the one that did it best.

So why should someone else try to out-Stewart Stewart? They shouldn’t. The show should be cancelled.

That’s what Comedy Central wisely did with The Colbert Report when Stephen Colbert announced that he was taking David Letterman’s old post at CBS. They did the right thing and gave the slot over to Larry Wilmore who is creating a panel show that is shaped in his own image, one that has less to do with aping right-wing idiocy and more about creating consensus around the stupidity of the world at large.

The Daily Show seems like it is something like The Tonight Show, something that can be passed down from host to host and remain somewhat intact. In fact, Stewart said in his goodbye, that it’s time for someone else to have the opportunity. He is wrong. No one watches “The Tonight Show.” They watch Johnny Carson or Jay Leno or, for that brief shining moment, Conan O’Brien; even though the format was similar, it was the host people favored. Recently Jimmy Fallon came along and converted The Tonight Show for the internet age. He’s shortened the monologue considerably, gotten rid of all of Leno’s old formats like Headlines and Jay Walking, and replaced them with sketches of his own and games with celebrities. It is an entirely new show. So why is it still called The Tonight Show?

I feel like the same thing needs to happen to The Daily Show. When John Oliver took over so Stewart could go shoot his first feature film, he pretty much was just a mouthpiece for Stewart, working with the same writers and serving as a place holder until the boss could come back from sabbatical. His show on HBO is so much different from what The Daily Show does, and it’s so much better for it. It’s allowed Oliver to do actual journalism, find his own voice, and see what he has to contribute to the conversation.

That’s what was always so great about The Daily Show. It was entirely Stewart’s vision, and we won’t have that vision without Stewart. Now that he’s gone, let’s give the show a rest and let someone new figure out how to take down our establishment one comedic peg at a time.

These think pieces and all their needless speculating are asking the wrong thing. It should not be “Who should replace Jon Stewart on The Daily Show?” they should be asking, “Who out there has a new voice to create the next revolutionary show in late night television?” Whoever that is shouldn’t be shackled with the legacy that Stewart created any more than Larry Wilmore should have to put on an American flag pin and try to be “Stephen Colbert.” Cancel The Daily Show and find someone out there who can create a wonderful gem of her own. It’s the best thing for Stewart, for whichever poor soul has to step into his shoes, and for the audience — whether or not they’re willing to get over their grief and admit it. 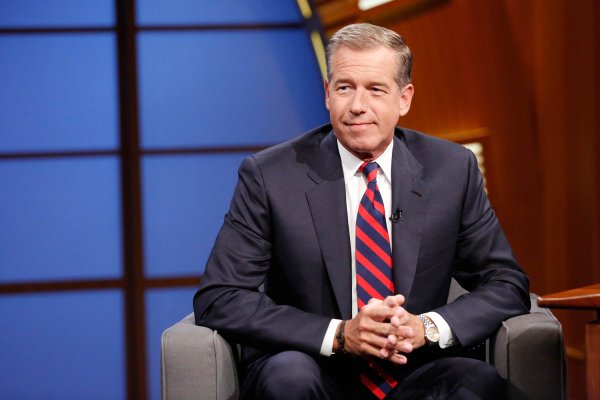 It Wasn’t All Brian Williams’ Fault
Next Up: Editor's Pick