A tapestry seen at an Urban Outfitters store in Boulder, Colo.
Anti-Defamation League
By Victor Luckerson

Clothing retailer Urban Outfitters is in hot water with a Jewish civil rights group for selling a tapestry that looks similar to clothing worn by gay men in Nazi concentration camps.

The tapestry, which features gray and white stripes and several pink triangles, was being sold for $69 at an Urban Outfitters in Boulder, Colo., according to the Anti-Defamation League. The group said it wrote to Urban Outfitters CEO Richard Hayne asking him to stop selling the item, but the retailer hasn’t commented so far, the Washington Post reports.

“Whether intentional or not, this gray and white stripped pattern and pink triangle combination is deeply offensive and should not be mainstreamed into popular culture,” Abraham H. Foxman, the American Defamation League’s director, said in a statement.

This is not even close to the first time the retailer has had a clothing-related controversy. In the past the company has sold a blood-stained Kent State sweatshirt and a T-shirt with a logo that looked like the Star of David patch Jews were forced to wear during the Holocaust. 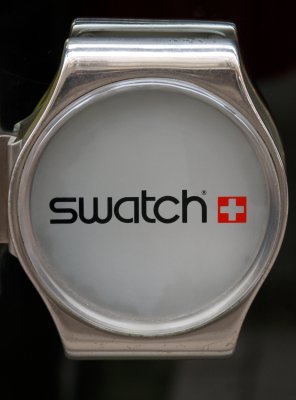 The Apple Watch Just Got a Huge New Competitor
Next Up: Editor's Pick