Could this be the face of the next Peter Parker?
Lester Cohen—WireImage
By Eric Dodds

On Monday night, Marvel announced that it would bring “the amazing world of Spider-Man” into its Marvel Cinematic Universe (MCU). The particulars of the deal between Marvel and Sony Pictures — which owns the rights to Spider-Man — are a little complicated, but the upshot is this: Spider-Man will be an Avenger while also continuing to appear in standalone films. Also of note: Andrew Garfield is not expected to reprise the role.

The deal makes sense for all sorts of reasons, most notably because it returns a huge, blockbuster character to Marvel, and also because it will provide a jolt of life to a character that has grown stale over the last few years. It’s hard to blame Garfield for the stagnancy of the franchise, but he and the writers of the last two Spider-Man films struggled to differentiate the Spidey of the reboot from Tobey Maguire’s wildly successful version from the early 2000s. It’s an issue Sony and the producers might have avoided had they thought a little more outside the box when casting their new lead prior to 2012’s The Amazing Spider-Man. Now, Marvel and Sony have a chance to avoid making that same mistake twice. All they have to do is make the decision that Sony should have made the first time around.

In some ways, Donald Glover is almost too obvious a choice to play Peter Parker. Glover’s public persona of the sorta-nerdy-sorta-shy-often-misunderstood-and-under-appreciated-but-totally-brilliant guy is just about as Parker-esque as it gets in the acting world. It probably helps that Glover isn’t really an actor per se, but an artist, in the most 21st-century sense of the word — someone whose goal is to make cool, thoughtful art, regardless of the medium. It could be acting, it could be rapping, it could be writing, it could be graphic design; sometimes it’s a combination of all those things. Glover has never aspired to be just one thing — he wants to be as many things as he can be.

That’s a quintessentially millennial impulse. Members of this generation aren’t picking one profession and staying there for life, or specializing in one subject. And in different ways than their predecessors, millennials are addressing social issues: bullying, racism, sexism, homophobia and a host of others. The world doesn’t need another white male superhero to send the message that nothing has changed; Sony tried that once and wasn’t rewarded for it. The world has changed — is changing — and our superheroes should change with it.

The #DonaldForSpiderman movement took off after Glover — in a long-since deleted tweet — suggested he’d like the opportunity to audition for the role in Marc Webb’s 2012 reboot. At the time, Glover was wrapping up his first season as Troy Barnes on NBC’s Community. Though the Community gig was his first major acting role, Glover’s notoriety far outpaced his mainstream resume. The now-31-year-old Georgia native was big on the Internet, just as being big on the Internet started becoming an actual thing. His Derrick Comedy sketch group had released a handful of shorts, along with the feature length Mystery Team in 2009. Glover also had a burgeoning rap career under the pseudonym Childish Gambino, with a pair of mixtapes to his name. Pair all that together with his Writers Guild awards for 30 Rock (he was hired straight out of NYU), and it was obvious that Glover was headed for bigger and better things, sooner rather than later.

Still, Glover probably would have been the first to admit that he wasn’t the safest bet for a multi-billion dollar franchise at that point of his career. What he understood less were the objections to his candidacy because of his race:

The objections were ridiculous then, but they’d seem even more out of place now. The new Captain America is black; the new Thor is a woman. Even though neither of those changes have crossed over to the big screen yet, the changes in the comics mean it’s all but inevitable that there will be corresponding ones in the MCU somewhere down the road. The world is ready for a black Spider-Man on the big screen.

The bigger question might be whether Glover is still willing to take on the role. He’s now a Grammy-nominated rapper with a few more seasons of Community under his belt (he left the show in early 2014), as well as various film credits. Last December, FX ordered a pilot for Glover’s Atlanta-based comedy series that he’ll star in, write and executive produce. If he wasn’t established enough before, he’s certainly much closer now — and debuting in a Marvel film would give audiences a chance to familiarize themselves with their new Peter Parker a bit before he stars in a standalone Spider-Man film in 2017. Plus, in the standup clip above, he says frankly, “Who doesn’t want to be Spider-Man? That would be cool.”

On the other hand, Glover has demonstrated an aversion to being tied down throughout his career. He left his writing gig at 30 Rock before the end of the show’s run to star in Community. Then, he left Community before the end of its run, primarily to focus more on his rap career. He also dropped off the radar for nearly a year back in 2012, deleted his popular blog and Twitter account (now somewhat resurrected) and has dramatically scaled back his once-prominent social media presence. He’s an entertainer with a lot of interests beyond acting, and becoming Spider-Man would require that those other interests take a backseat.

It’s a stretch to say that the power of Glover’s undeniable Internet popularity gives him the responsibility to pursue the Spider-Man role, but Marvel and Sony — not to mention audiences — would be lucky to have him. At this point, the “Donald for Spider-Man” campaign might be more necessary to convince Childish Gambino himself rather than producers. Fans would be lucky to have it prove more successful than the last one.

Read next: This 1 Chart Shows Why Sony Spun a Spider-Man Deal 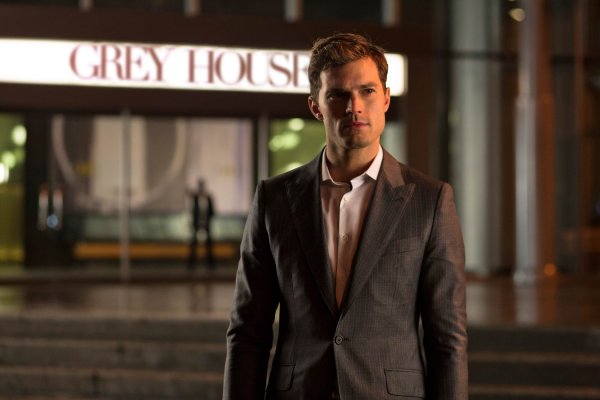 Fifty Shades of Grey Star Jamie Dornan: 'I Don't Have a Lot of Body Confidence'
Next Up: Editor's Pick